Lou said:
The "rich people" have more choices and options. And for many of them going vegan just means telling their chef or whoever makes their meals.

Then you wonder why they all haven't.
Click to expand...

This is the problem that I and many other vegans have with Michael Pollen. As an upper middle class white man he's extremely privileged to travel around to grass fed farms and slaughter his own animals. So all of his self indulgent appeals to tradition or nature just enables lower middle class or poor people to keep eating factory farmed meat (well we all can't be like him, they say) OR conversely they are middle to upper middle class themselves, and use his writing as ammunition against vegans about why they don't have to stop eating meat or other animal products. One of the former presidents of Vegan Club at my school was like oh my God The Ominivores Dilemma people are the worst, they will stand there and fight with you. He's enabling people with his outdated, privileged narrative. And he's certainly well off enough to have gone vegan by now. But he inherently believes humans are superior to animals, he's an unapologetic speciesist and said so in an article.

Besides, a sociologist recently did a study that showed that most reducers don't actually reduce their meat and that setting the bar higher to vegan creates more vegans, or at least people conscious enough to legitimately reduce.

Speaking of rich people, Will and Jada Smith bullied their teenaged son into being vegetarian instead of vegan. They bragged about it as an "intervention" because he wasn't "getting enough protein." They probably just refused to buy special food for him and he wasn't getting enough calories. But why? They're obscenely wealthy. Ugh.
Reactions: Lou

Lou said:
There was another article that ( It think) I posted last week. that authors viewpoint was that personal reform (like going vegan) was pointless. That the most important stuff was policy change. The stat that he threw out was that (and I'm sure i have some of these numbers wrong but...) 70% of GHG is produced by just 100 companies.

I'll have to look up that and maybe find some way to combine these two approaches. Probably something like if the companies won't produce so much GHG if we stop buying their products. And I suppose one of those products is meat.
Click to expand...

Ultimately it's the people buying the meat and flights and petrol cars. The people rather than the government, are the ones causing climate change.

But people will never suddenly become altruistic and unselfish in the hundreds of millions, therefore the governments have to be the solution in practice.

It's actually easier in practice for governments to fix climate change so in some ways that is the really important thing. You just need a tax on GHGs or something similar.
Reactions: Andy_T and Forest Nymph

I'm pretty sure I posted both of these articles recently but they are both part of this conversation. 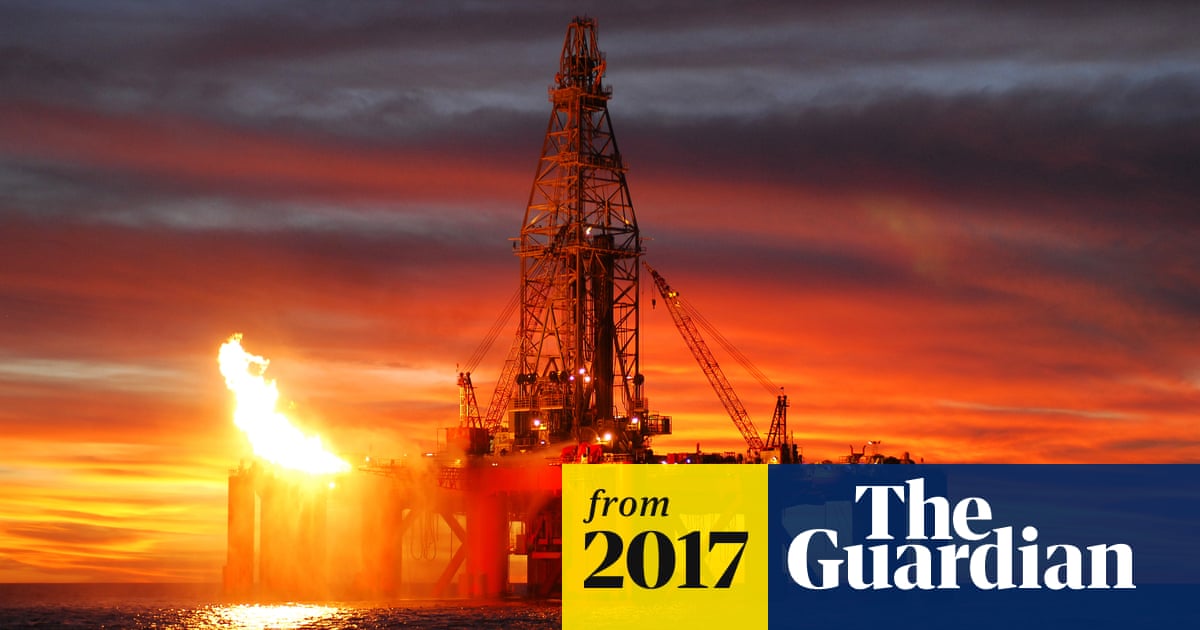 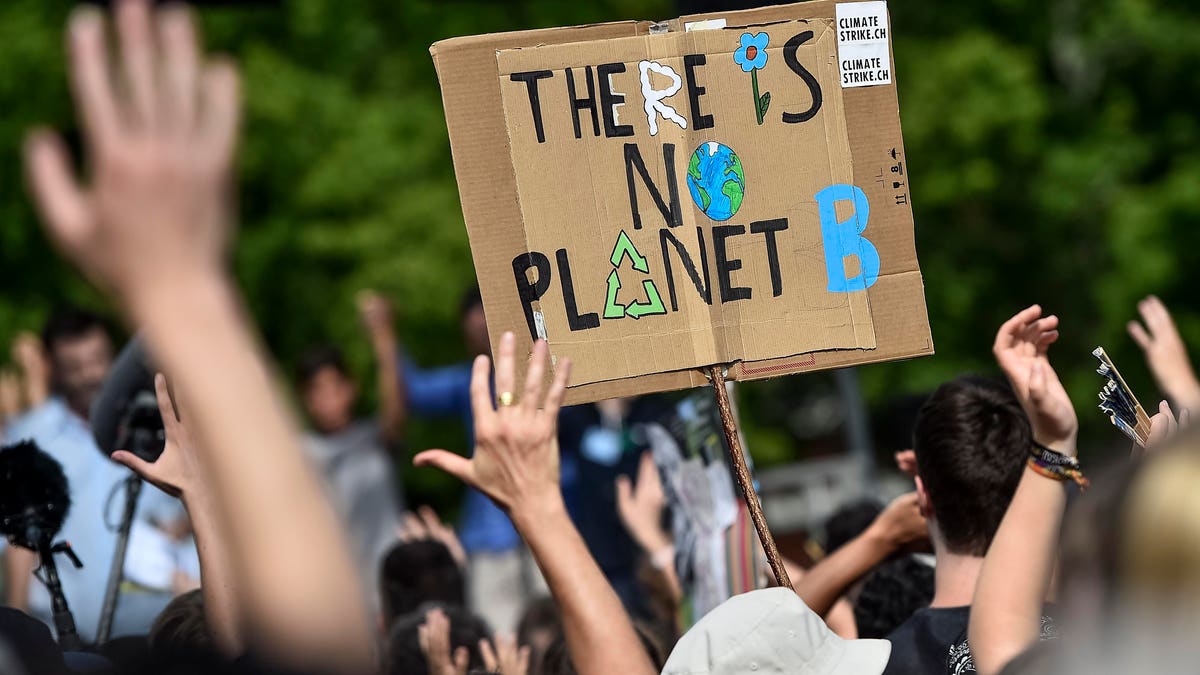 Your Vegan Diet And Paper Straws Aren’t Going To Save The Planet, But These Three Policies Can

Are you slurping through a paper straw, searching for the next green product that will save the planet? Sorry to let you down: it’s policy — not individual action — that has the power to help us through the other side while also stimulating the bioeconomy.

I've been thinking about this recently especially after reading The Burning Question by Mike Berners Lee within the last few weeks.

A strong-willed enough politician could make some progress by making laws such as:

No company above a certain size is allowed to increase its GHG contribution from one calendar year to the next. If this policy was successful, you could even have mandatory reductions that by law you must reduce x% per year. Fossil fuel companies would be forced to either close down some of their operations or reform them.

The policy would be supported by extremely large fines for breaking the rules that would make it profitable to obey them, and you would need someone to independently assess the emissions (could be messy/lawsuits/arguments on that).

Not sure if this is a good idea, but these companies have to be looked at.

But keep in mind some of these "companies" are basically part of the government of some countries or in effect controlled by the government and sometimes even one man. I'm thinking of China, Russia and Saudi Arabia in particular.
Reactions: Lou

That's not actually true. The most effective thing an individual can do is have less children. No one talks about it though.

I discuss about it in my blog: https://ponadr.wordpress.com/2019/10/11/three-big-issues-no-one-is-talking-about/
Reactions: Lou

Ponadr said:
That's not actually true. The most effective thing an individual can do is have less children. No one talks about it though.

I discuss about it in my blog: https://ponadr.wordpress.com/2019/10/11/three-big-issues-no-one-is-talking-about/
Click to expand...

Good point.
I'm having trouble with your first link.

I'm a vegan. I don't have kids. Or pets. And to my best recollection, I have never run over an animal.
Can I get my gold star now?

Whenever someone talks about overpopulation, for some reason my mind always switches over to Tom Swift's Solution to the Irish Problem. I know that is not helpful. It probably indicates some kind of mental defect on my part.

Ponadr said:
No one talks about it though.
Click to expand...

This infographic shows that the most effective thing people can do to combat climate change by a large margin is have one fewer child. So why isn't there a push among the scientific community and environmental organizations to get this information to the public and convince everyone to have one...

If you had said "nobody talks about though" you would have been giving me credit, due to my username. That's rich.
Last edited: Oct 19, 2019
Reactions: Ponadr and Andy_T

I met another meat farmer who was complaining that her pigs have to be taken to a factory farm to be slaughtered under USDA law. Aside from her shocking hypocrisy and blind cruelty towards animals she seemed to treat as pets (they were very sweet, I petted two of the pigs, they were hairy little kuni kuni's) ...what I gleaned from the conversation is that there really isn't any "humane" meat. Even animals raised in a less cruel and more natural pasture environment are being trucked out and hauled into factory farm style slaughterhouses to die.
Click to expand...

This is what galls me about all the people I know who are all "but it's happy meat" when I start to question their reasons for continuing to eat meat when they claim to care about the environment, etc. They seem to ignore the fact that the animal still must die a horrible death for the food on their plates. It's not as if the cows or pigs live out their lives and die naturally. These people seem to have no compunction about having animals die for their food. If you claim to believe in animals living humanely, then you can't in good conscience feel that forced death is humane, either.

Jamie in Chile said:
Ultimately it's the people buying the meat and flights and petrol cars. The people rather than the government, are the ones causing climate change.
Click to expand...

I think that needs to be pointed out more strongly. Why do these horrible 100 companies from the link that was posted create all those harmful emissions? Is it because they are evil?
No. They are creating those emissions because there are people who want to drive a car, heat their apartment, and eat meat, so they are willing to pay good money for those products, the production of which creates all those emissions. Unless we all try to limit our effect, not much will happen.

I had discussions with some XR (Xtinction Rebellion) people who, while being rightfully concerned about Global Warming, and willing to do something about it, strike me as rather naïve, as they totally focus on government action. Their logic is somehow that if enough people, who themselves like their cars, their burgers and their holiday flights go on the streets abd demand that „something is done“, then „the government“ will realize they have to do somehing, and ... forbid factory farms, make petrol and holiday trips prohibitively expensive and compel everybody to a vegan diet. Yeah, right. (Even if any government did that, the following government formed by right-wing and climate-change-denying parties that would then easily win the next election would likely roll back all hose changes). XR itself specifically does NOT want to tell people to eat less meat, drive less and not fly on holidays, because „they don’t want to shame anybody“ ...

I agree with XR more than you, although I can see both sides of the argument.

If for some reason we were judging moral culpability, I personally (although this is very debatable) think the truth is that individuals rather than companies or governments have probably the largest share of the guilt, although all do.

But that's not what we are doing. We are looking for solutions. And trying to persuade millions of people individually is not going to work, nor is a guilt inducing campaign. It's about what will work.

The government needs to change that equation with green taxes to make the environmental options cheaper. Why are there so many electric cars in Norway? It's because they are the cheapest option (including running costs averaged over the years) because of subsidies and taxes.

For some of the more sensitive measures, like a higher tax on petrol and a tax on meat, the government needs to proceed with caution and start with a long public debate over a number of months and only go ahead with the measures if and when there is public support. Further, the green taxes, especially the sensitive ones like petrol, should be either handed back to the people in the form of an tax cut elsewhere perhaps, or used to support hard to argue against measures, like helping the elderly and homeless for example.

News Vox: A no-beef diet is great-Not Replaced with Chicken