Lol just came here to post that. Having Greta as a vegan is a tremendous boost for the animals and the animal rights movement.

Not sure whether or not it will be a boost to the environmental movement or not.

I like the framing of a pig and a dog in this picture because that's a comparison that people ought to be thinking about. Until I started reading books on the topic of animal rights and searching online a few years, I had no idea that pigs were considered probably more intelligent than dogs.

Speaking of the intelligence of pigs in fact if you look at the facebook version of Greta's post Esther the Pig actually replied and commented! 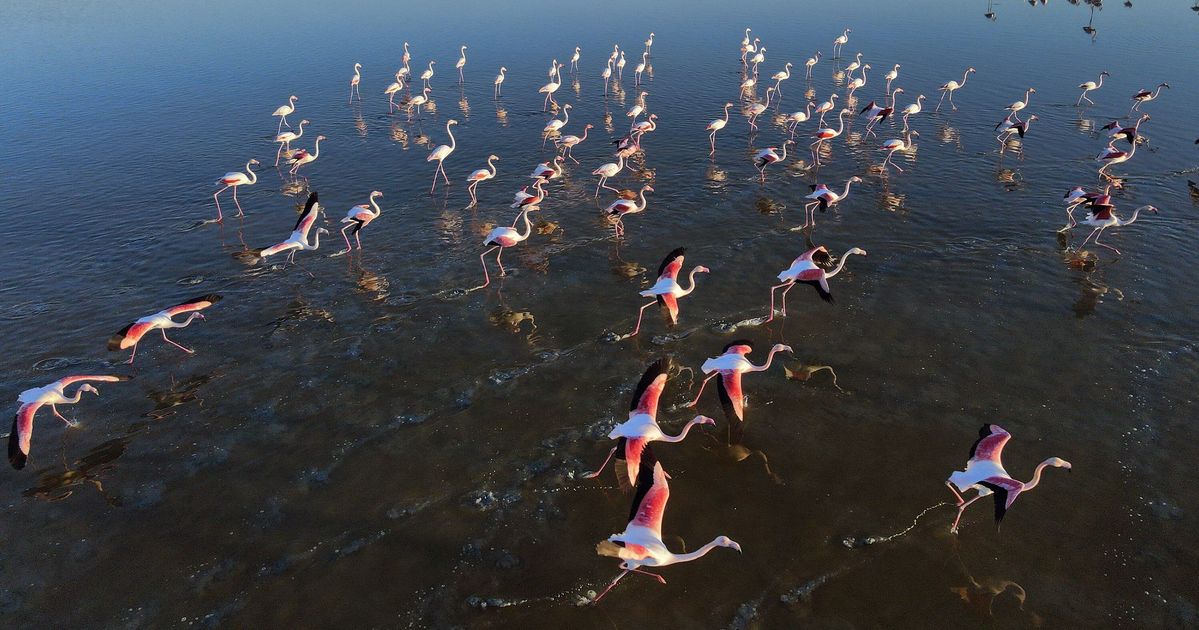 Thousands Of Baby Flamingos Die As Lake In Turkey Dries Up

Environmentalists say the birds are being sacrificed to climate change and wasteful agricultural irrigation.

Environmentalists say the birds are being sacrificed to climate change and wasteful agricultural irrigation.

A drought-stricken lake bed in Turkey is strewn with thousands of dead baby and adult flamingos, alarming environmentalists shocked by the continuing ravages of climate change, reckless agricultural irrigation and callous government policies

Environmental activists have pleaded with the government to do more to protect the lake’s wildlife in the face of the deadly drought. A canal that usually feeds the shallow lake has been redirected instead to farmers, who have been accused of wasting tremendous amounts of water with inefficient irrigation.

“This is the irrigation canal that comes from Konya. It needs to deliver water to Lake Tuz. As you can see, the water is not coming through. It stopped,” wildlife photographer Fahri Tunc told India’s WION-TV. (Check out the video above.)
“It is a sin we are all committing,” he added.


Ankara resident Istem Donmez, who went to photograph what he expected to be the typical flamingo spectacle, told France 24: “There were no live flamingos. We saw only dead birds.”
Reactions: shyvas and Lou
L

California moves to cut off water to thousands of farmers, as drought dries up rivers​


Forced to reckon with a worsening drought, California’s water regulators are preparing to forbid thousands of farmers from tapping into the state’s major rivers and streams.

It’s an extraordinary step — and one that regulators didn’t take during the last drought, which was considered one of the worst on record.

The State Water Resources Control Board on Friday released an “emergency curtailment” order that would cut thousands off from rivers and streams in the Sacramento and San Joaquin river watersheds. The five-person board still has to vote on the order Aug. 3, and it would take effect about two weeks later.
Reactions: Blues