As an anglophile who has enjoyed Britcoms for as long as I can remember I have made it a point to enjoy many of your traditional foods and since Lionel from As Time Goes By enjoys beans on toast I thought I would try that as well. I know I may have asked this before, but is there a particular type of baked bean that you use on toast? The American kind just doesn't seem to cut the mustard. For those of you who enjoy this sort of thing, what brand do you use and is it available in the US?
Reactions: jeneticallymodified 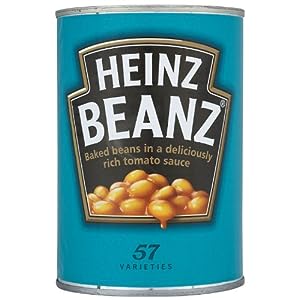 I am not sure of their availability in the US. From what I've heard baked beans on sale on your side of the pond are sweeter.

I normally have lots of freshly grated black pepper and brown sauce on my beans on toast. 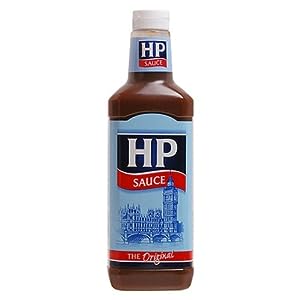 I have been wanting to try it myself.
OP
OP
D

Interestingly, Heinz is a local Pittsburgh company (I live very close to them) but those particular beans aren't available here.

I am not sure of their availability in the US. From what I've heard baked beans on sale on your side of the pond are sweeter.
Click to expand...


Those are the ones.

I'm UK born, but have lived most of my life in the US. Those beans can be found if you search a bit. When I lived in Houston they were easy to find, but now in a much smaller college town I can only find them occasionally.

I < 3 beans on toast. And crumpets. And marmalade.
OP
OP
D

So... they are less sweet than typical US baked beans?

I've seen those in the "foreign foods" (I find that hilarious as the British foods are stuck between the Indian foods and Kosher foods) section of my local grocery store. I'm not complete adverse to baked beans, in fact, I rather like them. But what is the appeal of putting beans on toast? Do you butter the toast first? And if the UK brand is less sweet than the typical American brand, but you then put HP sauce on it (which is kind of sweet) ... wouldn't that sort of level off? Or am I just being totally clueless?

I don't actually like baked beans* but yes, you do butter the toast first. I don't know why they get put on toast, they just do! Like scrambled egg goes on toast.
I have spaghetti on toast.

Or I say I have spaghetti on toast. I don't actually like putting it on toast because the toast goes soggy so I just dip the toast into the spaghetti like soup.

Not everybody puts HP sauce on them. You can put whatever you like on them. Another sort of traditional thing is baked beans in a jacket potato.

* actually, that's an understatement. I loathe them. They smell like vomit and just the sight of them makes me want to

I love spaghetti on toast too Annia.

I had a jacket potato with beans for lunch today.

Grated cheese is another common topping (cheesey beans) but I haven't found a vegan cheese that works well for that.
OP
OP
D

Okay this HP sauce seems to be a UK thing as well... what is it exactly?

I love beans and toast! Started eating them way back in the day when isowish was on VB!
M

It's beans on toast.

Digger said:
Okay this HP sauce seems to be a UK thing as well... what is it exactly?
Click to expand...

A sauce made from malt vinegar, tomtoes, dates and spices. People use it on pies, pasties, chips, beans and all sorts of other things. I think it's similar to what you guys call steak sauce.

Daddie's Sauce is another popular brown sauce over here. 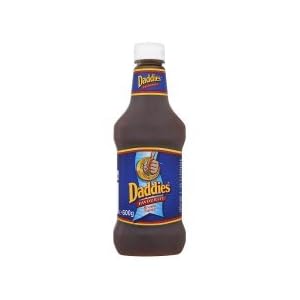 I have to make a mental note to find the beans and brown sauce in the international grocery in St. Louis after I move back there - like Digger, I've been wanting to try this beans on toast thing for a long time.

It's beans on toast.


Darn...I typed beans on toast then looked at the thread title because I wasn't sure if it was correct, lol.
OP
OP
D

You say tomato, I say tomahto.

I think it's similar to what you guys call steak sauce.
Click to expand...

(kind of like a thicker, sweeter A1 Sauce)
OP
OP
D

Is this what you blokes call 'brown sauce'? I see it mentioned frequently in British programs...
Reactions: jeneticallymodified

Digger said:
Is this what you blokes call 'brown sauce'? I see it mentioned frequently in British programs...
Click to expand...

I hate the stuff.

Gotta admit I'm totally familiar with HP sauce. I fail as an Englishman.

General Jun 13, 2022
digitarian
D
R
Why do people (online) mock those who are kind to animals?