Ripple is a newcomer to the non-dairy market, with the only line of “milk” made from yellow peas. The company claims it’s also unique because it provides as much protein as dairy milk.

“So the current situation is that most dairy alternatives are really bad alternatives to dairy. So a glass of milk has 8 grams of protein in it. Almond milk, which is the most popular non-dairy milk, only has one. Most people think that nut milks would have proteins because they’re from nuts, but they don’t,” Ripple Foods co-founder and CEO Adam Lowry said Thursday on “CBS This Morning.”
Click to expand...

I saw "Ripple" and immediately thought of this horrible crap:

MadamSarcastra said:
I saw "Ripple" and immediately thought of this horrible crap: 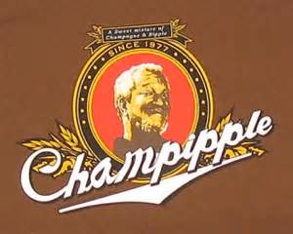 I had the chocolate Ripple. It's thick and rich, and very tasty! Not too sweet either. It is pricey, but it was on sale and I had a coupon- I wouldn't buy it at full price.
I emailed the company about it's lack of B12 and they replied they are looking into fortification

silva said:
I emailed the company about it's lack of B12 and they replied they are looking into fortification
Click to expand...

Funny that it's lacking B12 considering their CEO's boasting about how it was so much better than all those other plant milks So it doesn't have other common added vitamins and minerals either? (Calcium, vitamin D2?)

Still no B12. The original unsweetened-
Original Unsweetened Dairy-Free Plant-Based Milk | Ripple Foods
(spaces made it weird to copy)
I do like that it has 32 grams DHA- which really isn't that much, but still
For the price it should be fortified better IMO

I tasted Ripple at my HFS last week. It's ok, imho. I didn't taste the chocolate, since I didn't finish the sample of the plain. It's thick, more like soy than almond, and not sweet.

I love Ripple milk! I usually drink it as a snack or on the go, sometimes at work. I don't drink it daily due to it being more expensive. I like the richness of it, and I even made muffins with it that turned out quite nice. I have not tried the chocolate, but like the plain unsweetened and the original. I also like that they have single serve bottles, but I also realize that that is kind of a waste of plastic. It's convenient when I am out hiking. I have yet to find the perfect container to bring along vegan milk products in that doesn't leak. My thermos would work but is heavy. I've done that for work though.

For those in the U.S., Target stores sell Ripple Milks, and they also sell Beyond Meat products.

Ripple does have added calcium/D in it, but not B12. Here is the nutrition info:
Original Dairy-Free Plant-Based Milk | Ripple Foods

Indian Summer said:
Funny that it's lacking B12 considering their CEO's boasting about how it was so much better than all those other plant milks So it doesn't have other common added vitamins and minerals either? (Calcium, vitamin D2?)
Click to expand...

It seems that Ripple claims that their product is better than other (non dairy) brands due to it's high protein content. Considering that it costs over 4 $ for 1.25 l makes it probative to most consumers. Morevover the sweetened versions are very high in sugar and carbs which doesn't make it a very healthy option.

I did a comparison of Ripple original/unsweetened/vanilla milk, Silk soy milk original and unsweetened, and dairy 2%, skim, and whole dairy milk. I looked at sugar, carbs, sodium, fat, protein

To me, it would seem that the soy milk comes out on top as far as b12, lower in sodium and fat. Soy milk and Ripple are equal in terms of carbs and sugar (except the sweetened varieties) and actually both are lower in carbs/sugar than any of the dairy milks.

For me, I have to limit soy intake due to thyroid issues, so Ripple is a viable option as an equal alternative to soy milk, but yes, cost is a prohibitive factor for me, as well as having to travel to find a store that carries it. I'm trying to focus more on other forms of plant foods for a source of calcium and other bone minerals, as well as protein, and just enjoy the plant milks for the taste and hydration for the most part, but I don't discount the calcium/D and other nutrition in them. Soy milk still performs best in my opinion for baking and cooking, though coconut milk is a good rival for baking and curries. It's much easier and more economical for me to supplement B12 a few times a week rather than always seeking out fortified foods, though they are an added benefit.

I should add, to be fair, that the sugar in the Horizon dairy milk is not added sugar, but is from the natural milk sugars itself, while the sugar in the plant milks I used above is listed in the ingredients and is added. I really hate when facts are misrepresented as it is a pet peeve of mine, so I figured I better clarify.

I've been doing a lot of researching and studying about bone nutrients and calcium absorption etc lately due to my chronic back issues and osteoporosis. And even on Google Scholar, looking at controlled studies over many years time, they are biased and misrepresented on the part of different interest groups, whether vegan or dairy industry or others. It's hard to even sort through info in studies without coming across bias and misrepresentation. Ugh. Frustrating. I just saw one study comparing spinach to dairy milk in terms of calcium absorption and then using that to make the case that plants are far less bioavailable for calcium. Never once was collard greens mentioned, which is a much more fair comparison as they are low oxalate and have a higher bioavailable calcium content compared to spinach.

My husband and I like the vanilla sweetened ripple. I have a much smaller serving of it than I do of almond, cashew, soy milks because it is thicker and more filling. It's more like a protein shake consistency than a soymilk consistency.

Of note, son and wife (vegans too and very healthy living) don't like the ripple. They like unsweetened soy, cashew, or almond milks (whatever is on sale, lol), and just use it in oatmeal and soups, they don't drink it.

Its good to have a dairy free milk that's nut/soy/gluten/etc free. Not sure about drinking something that has sunflower oil added to it on a regular basis though!

Liz said:
Its good to have a dairy free milk that's nut/soy/gluten/etc free. Not sure about drinking something that has sunflower oil added to it on a regular basis though!
Click to expand...

Sunflower lecithin? I didn't realize it was a fatty substance, but having looked it up now on Wikipedia, it says:
"While lecithin is also a rich source of a variety of types of dietary fats, the small amounts of lecithin typically used for food additive purposes mean it is not a significant source of fats."
So presumably it wouldn't be a problem, especially since the milk contains a presumably much greater quantity of algae oil.

On the site they literally just listed the ingredient as "Organic Sunflower oil". Maybe they did it to sound more natural. I was imagining them adding actual oil to the milk ha

“So the current situation is that most dairy alternatives are really bad alternatives to dairy. So a glass of milk has 8 grams of protein in it. Almond milk, which is the most popular non-dairy milk, only has one. Most people think that nut milks would have proteins because they’re from nuts, but they don’t,” Ripple Foods co-founder and CEO Adam Lowry said Thursday on “CBS This Morning.”

This is classic misdirection. Protein is easy to get on a vegan diet, so who cares. Having more protein is fairly worthless.

Almond is a higher calcium food, almond milks have more calcium. So does cow's milk.

Studies have shown that vegans calcium levels on average are lower both than the average person and the reccomended amount, whereas for protein only slightly slower and it's not even sure if that even matters.

According to veganhealth.org article for calcium:

Because vegans do not eat dairy products, their calcium intakes tend to be low. The Dietitian's Guide to Vegetarian Diets (2004) lists 45 studies that have surveyed vegetarians' calcium intakes in Appendix G. The daily calcium intakes in these studies are about:
Note that reccomended amounts in the US are 1,000 (a little higher for the old and a little lower for the very young).

Whereas protein studies show that vegans get the reccomended amount.

Jamie in Chile said:
Almond is a higher calcium food, almond milks have more calcium. So does cow's milk.
Click to expand...

I agree with some of what you said, but I'm not convinced that almond milk is higher in calcium, neither for fortified nor unfortified versions. I think almond and other plant milks provide about the same amount of calcium. Typically, fortified plant milks in the UK, both almond and others, have approx. 120mg calcium per 100ml.

Plant-based milks on the rise: