Another rather interesting article I found about this that some might find interesting to read: What If We Terraformed the Sahara Desert

Thing here is that the Sahara desert already is a habitat for many animals and that one can not oversee the possible ramifications of such an undertaking at all. You can make estimates but what will this do to climates in the world, let alone Africa???

Caveat: I first learned about this theory in college like a hundred years ago. It was theoretical then and I'm pretty sure it still is. We didn't know about climate change back then. What we did know about is mans potential to mess up.

But I think its fun to think about. Turning the Sahara into forest would just be a habitat restoration effort. Repairing one of Humanity's earliest mess ups.

What Really Turned the Sahara Desert From a Green Oasis Into a Wasteland?

10,000 years ago, this iconic desert was unrecognizable. A new hypothesis suggests that humans may have tipped the balance

Although this is just a theory there are some similar stories that are much more based on fact. and more recent.
Cannan was the land of milk and honey. Now it is mostly desert. Archeologists point out King David cut down great swaths of cedar to build his Temple. Clear-cutting forests destroys watersheds. No watersheds - no water for agriculture, Now the Israelis are reclaiming and reforesting great swaths of dessert.

Egypt may have had a similar history. The workforce to build the pyramids was huge and remained on site for centuries. Egypt must have been a rich and cultivated nation to support such an endeavor. But overproduction and soil depletion destroyed their farms. Think great big dust bowl. Now the pyramids sit in a desert. 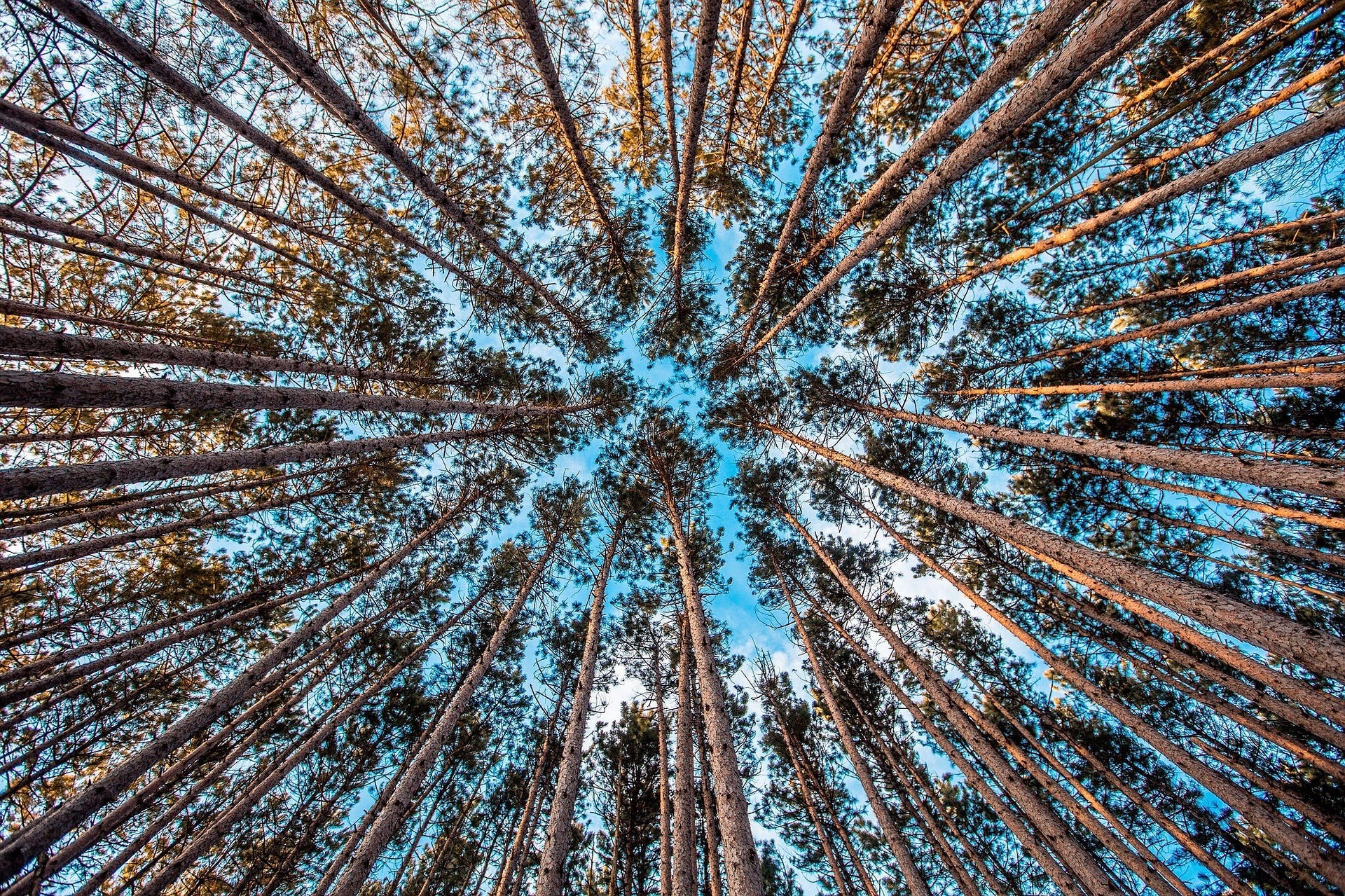 The simple, yet elusive, key to fighting the climate crisis

Preserving and restoring forests is an effective step toward mitigating climate change, and comes with a host of other benefits.

If anyone is still interested in this topic from a year ago, the BBC has published an article that takes a balanced look at the science about planting trees to fight climate change. It's easily the best article that I've seen on this topic 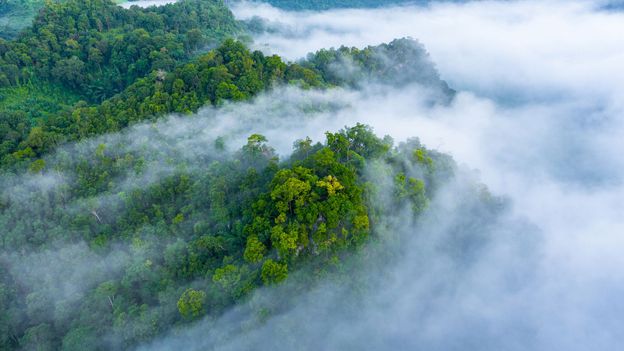 Reforestation is seen as a way to help cool the climate, sucking excess warming carbon out of the atmosphere. But it’s not always that simple, writes Michael Marshall.

"He points to the Welsh hills, which are severely deforested and consequently lacking in wildlife – but which are politically difficult to reforest because they are dominated by the sheep-farming industry."

George Monbiot has done some writings about that. I think in his rewilding book or Guardian articles. One thing he said was that sheep farming in Wales, even though it takes over a huge amount of the country and, according to him, destroys all the natural ecoystems doesn't actually bring in that much revenue.

I think they should phase out farm subsidies in Wales and replace them with ecosystem protection subsidies. If 1 out of every 3 farmers took the ecosystem subsidies, and topped that up with some modest nature reserve tourism, they could perhaps have almost as much money for less effort and have some time free to make money elsewhere. If enough supply is taken out of the market this way, then the remaining sheep farmers would be able to charge more money for the lamb due to less competion, meaning they make the same money without subsidies.

Another article for anyone still following this topic: 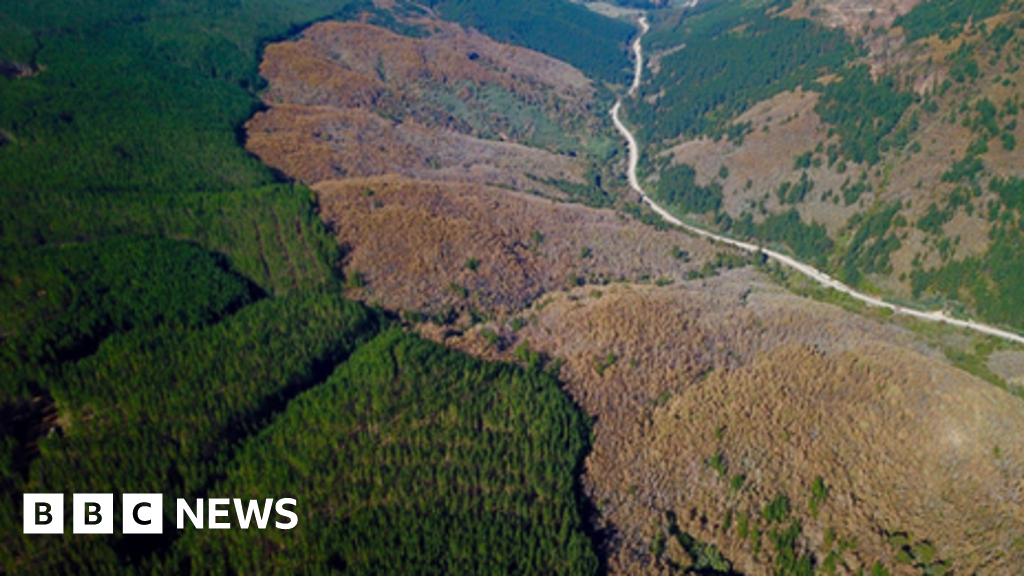 The BBC are referring to two papers here:

"In response to the important benefits forests provide, there is a growing effort to reforest the world. Past policies and current commitments indicate that many of these forests will be plantations. Since plantations often replace more carbon-rich or biodiverse land covers, this approach to forest expansion may undermine objectives of increased carbon storage and biodiversity." 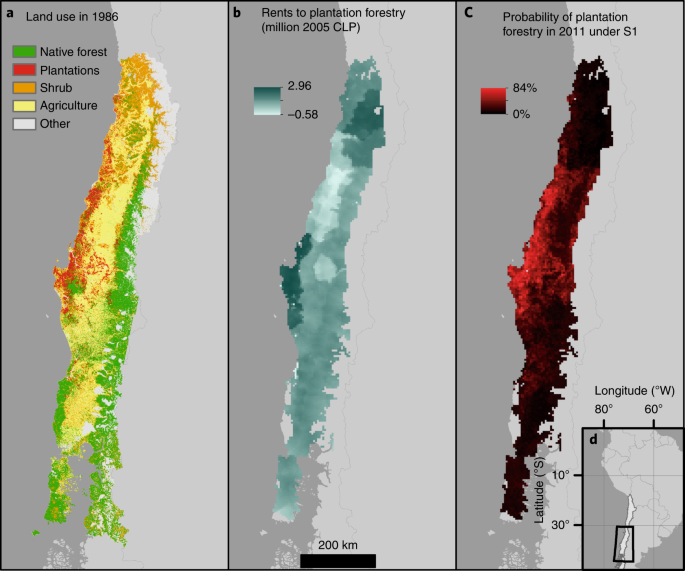 www.nature.com
Not exactly rocket science this one - if you are trashing other forests or biodiversity to plant forests you won't see a net gain. So we should plant where there isn't good forests/biodiversity already

" The study highlights the importance of including pre-afforestation soil properties in models of soil carbon dynamics and carbon sink projections." 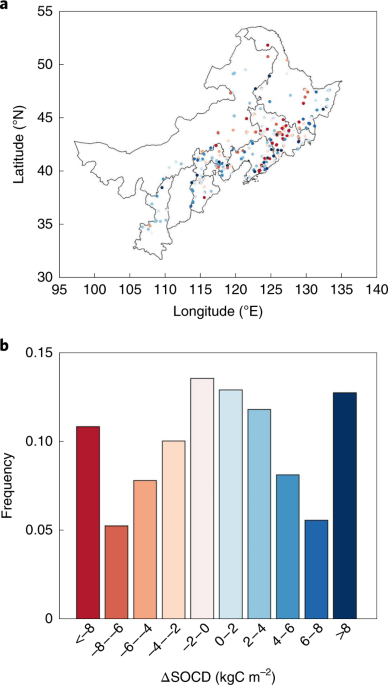 Forest planting is considered a natural climate solution, but effects on soil carbon are unclear. This study, in northern China, finds that planting forests increases carbon in soils poor in it and vice versa.

Most of the discussion in this thread went way over my head.

Yeah, it´s pretty in-depth and complex at this point. I have actually used this thread in discussions with journalists, environmentalists and scientists by sending them the link and saying "read all this page if you have hours to spare and want to understand everything about tree planting and climate change". It´s almost more useful at this point for someone who wants to take a really really deep dive on this. It probably doesn´t work too well at this point for casual forum discussion and chit chat though.

It´s from Just Have a Think which is worth following on You Tube for climate change, but only if you want to go quite deep on climate change with a focus on technology.

So don´t necessarily watch the whole video but the point I found most interesting is at 7 minutes where he says that three companies alone Shell, British Airways and ENI have already committed to do an amount of tree planting that would account for nearly a quarter of all the available land space on the planet.

And if you look at the video at 5:30, it seems that the majority of that available land space looks to be in Canada and Siberia locations where tree planting would likely have a neutral to negative effect on climate change because of albedo changes discussed earlier in this thread. So it may be that in reality that just three companies have already committed to do much more than a quarter of the available planting that can actually have a positive climate change effect.

These donations are coming from companies that are just trying to offset their existing emissions rather than fundamentally change their business model.

If that´s true, it seems there is a possibility we are reaching a point where massive tree planting may happen regardless of whether we donate to it, and therefore there is a chance our donation may not make much difference. If that´s the case, I wonder if there are other things more in need of donations - whether climate related or not.
Last edited: Feb 13, 2021
Reactions: 1956

This article gives an interesting take on it. 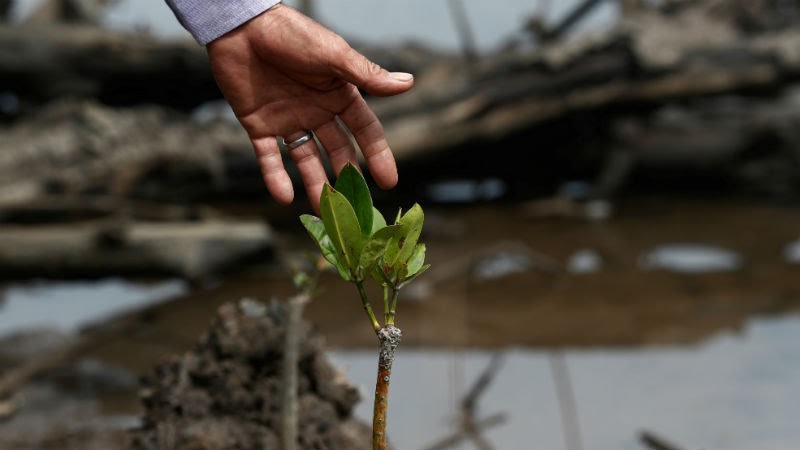 How tree planting became a flashpoint in the climate debate

U.S. President Donald Trump's endorsement of an initiative to plant 1 trillion trees is just the latest entry in an ongoing debate about the role of forests in fighting climate change, the value of flashy initiatives, and the challenges of ecosystem restoration.

www.devex.com
Related to that, this scientific paper:

Comment on “The global tree restoration potential” | Science
says that an estimate made by another scientist was as follows
Bastin et al. (1) used remote sensing and machine learning to estimate that global “tree restoration” could sequester 205 gigatonnes of carbon (GtC). If accurate and achievable, this would constitute an astounding accomplishment, equal to 20 times the current annual fossil fuel emissions (10 GtC/year) (2) and about one-third of total historical anthropogenic emissions (660 GtC)
However this response that the estimate is 5 times too high

To summarize, tree planting and protection and restoration is not negligible but it is certainly not a majority of the solution and the dispute is whether it is more like 5% or the solution or more like 20%
Reactions: 1956