Your thoughts on legal cannabis

I can get a hangover from a single beer. I love beer. But, it messes with my system. If I water down a can of beer with orange juice and ice, I can make it last all day long. Plus, I get no hangover.

My doctors give me two controlled substances for anxiety. The doctor said that I do not get high because I use it for treating anxiety. Thank God for these medications.

There are some people with ceribal palsy who need marijuana. Denying them the marijuana is cruel and heartless. I wish doctors could write prescriptions for marijuana. It would allow patients to do better cost/benefit analysis of marijuana.
Reactions: Veganite and mavrick45 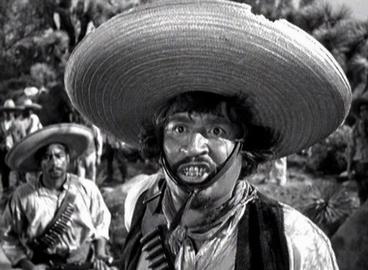 It IS addicting, I'm Dutch so I witnessed enough cases lol... I'm also against other drugs, smoking and drinking alcohol.

And funny enough, I support the legalization as people will use it anyway, as least there will be less drug related crimes and the available drugs should be less dangerous when it's legal.
Reactions: Lou
V

I had no trouble coming off Cannabis after I decided to stop taking it and I used to smoke a lot!
Reactions: Lou and Veganite

When I first started using controlled substances for anxiety, I had a panic attack because I feared addiction. I made an emergency appointment with my psychiatrist. He said, "You have nothing to worry about. The fact that you came in here fearful is the best evidence that you are not addicted."
Reactions: Lou and Veganite

I think it should be legalized. Already is here in Canada. I wouldn't use it myself but I think it's wrong to put people in jail for smoking weed or doing any other drug. Decriminalization seems to work well in Portugal.
Reactions: Val, TofuRobot, Emma JC and 1 other person

It's finally legal in Illinois, and we have the most expensive weed. I heard it's $80 per gram. Ouch.
Reactions: Val and kelli
K

All for it. Sadly too broke to buy any.

If you live in France you may qualify to be in a big experiment and get your medical marijuana for free.

The dispensaries in California are doing pretty well. Early on the got categorized as an essential business. Most have curbside pick up. I read an article a few days ago where they interviewed a delivery service. At first, they were doing poorly. I guess a lot of their business was with tourists and business travelers. And with the quarantine there just weren't as many travelers and tourists. ( there are no dispensaries close to SFO). But now regular people are finding deliveries to be safe and convenient.

I was trying some many years ago, with friends who were using it. I never did buy any myself, still. It was not legal then. But as the friends I was with, along with their joking around they referred to it a few times as the 'evil weed'. I did not get that. Were they being ironic? I could not tell. Certainly there were the old movies with warnings, most of those unsubstantiated. But I thought it was an enjoyable experience then, what was really evil about it? But I did not continue with use of it, I did not like the idea of being involved in a culture contrary to the law, then. But its effect on the mind is not any worse than alcoholic beverages, which were not illegal, and which I did continue with, back then. Later on I moved on from alcoholic beverages, gradually, as I saw its addictive character and that it would not be a healthy dependence to continue with. Because I was effectively turning from that, and got alcoholic beverages out of my life, after years, with knowing some were judging, I knew when I learned I could still be healthy not having meat, I was ready to change that about myself, and stopped having meat without a problem. Several years later I learned more and saw I should be vegan. I am now vegan over seven years. In the spring of 2016 I found out about the Forks Over Knives Plan, that having all whole food that is plant-based is the healthiest way to eat, I was sure enough vegan living is right, and that is what I was changing to, for not having processed foods too. And I have made other changes, I am not like I used to be, at all.

But now that smoking cannabis is legal in places, I would never have it, as I have lung issues to be concerned with, and wondered all along why any smoking would not be a problem.
Reactions: Emma JC

I love smoking marijuana, I used to buy it all the time, and then one day they gave me bad quality.

Wylsacom said:
I love smoking marijuana, I used to buy it all the time, and then one day they gave me bad quality.
Click to expand...

I think now that is legal the pot in California is more expensive. but its consistently really good.

I love smoking marijuana, I used to buy it all the time, and then one day, they gave me lousy quality. I can't tell you how bad I felt. Then I decided it was better to grow it myself. I ordered seeds at * And having had the experience, I recommend everyone to buy seeds and grow them at home. At least you know it's quality marijuana, plus they give you a 25 percent discount. But it is better to use it only for recreational purposes, and if you are healthy, you can smoke it once in a while, for prevention.

Every third person I know has a pot plant in their backyard. some of it is pretty good. If I asked they would give me a big jar of shake. I could make my own vegan edibles. There are some good tutorials on YouTube. There is even a gourmet cannabis cooking show on Netflix.

Meanwhile vegan Gummies are pretty cheap. Less than $2 a piece.

All the dispensaries have delivery services now. In fact, some dispensaries are Delivery Only.
They charge $5 for delivery and have minimum orders. Just like the grocery stores.

right now I'm thinking that once or twice a year I will put in an order.

I stopped smoking over a year ago because I didn't want to irritate my throat. the edibles are nice but I miss the high and pleasure I would get from a couple of hits.
OP
OP

Maybe a vaporizer would be easier on the throat?

Maybe a vaporizer would be easier on the throat?

I have never used a real vaporizer. Last winter I gave away all my paraphanelia including my Magic Flight Box* and several brands of vape pens. Vaping is better than smoking - which is why I got them, but you are still inhaling hot gasses.

*a Magic Flight box is a small hand held unit. unlike a vape pen a Magic Flight Box vaporizes pot in its natural state - you just have to grind your buds really fine.

I used to think legalization wasn't a good idea, but now I think perhaps it could be a good thing. I think it can be a good way to help people manage chronic pain or pain from terminal illness, for example, which is a major issue affecting a lot of people.

And thankfully there are now "edibles", so you don't need to smoke it. Although I'm unsure if you get as much effect when eating it?
OP
OP

Indian Summer said:
And thankfully there are now "edibles", so you don't need to smoke it. Although I'm unsure if you get as much effect when eating it?
Click to expand...

Oh, quite the contrary. It is more likely a person will overdose on edibles than smoking it. It can make you very uncomfortable if you consume too much.

Edibles in my own experience are amazing for sleep problems, but the dosing is critical. Since becoming legal in Canada ER's have had many people, children often, that have overdosed on edibles. When I say overdose, I don't mean the same thing as with narcotics. I don't know the actual statistics, but people don't die from weed as a rule. However, parents should be very careful where they leave their gummies. It might sound funny, but it is a legit concern.

I do believe there's other medicinal uses for marijuana. I hear many claims that are exciting. I think it's a heck of a lot better than taking stronger painkillers, like narcotics.