Random acts of kindness for a random goldfish.

Then those same people go home and have a fish dinner for Good Friday.

Maybe we should have a thread just for people acting compassionately towards random animals in front of them. While not thinking twice about what they are having for dinner.
Reactions: FlandersOD

This kind of thing happens all the time. The disconnect is real. It blows my mind, actually. Genuinely nice people who just. don't. get. it. at. all. (Then again, I didn't 'get it' till I was 52, so what does that say about me? :/
Reactions: FlandersOD and chickendminus

TofuRobot said:
This kind of thing happens all the time. The disconnect is real. It blows my mind, actually. Genuinely nice people who just. don't. get. it. at. all. (Then again, I didn't 'get it' till I was 52, so what does that say about me? :/
Click to expand...

I think it says a LOT about you. How many people in mid-life refuse to evaluate their world view and make a change?
Reactions: FlandersOD, Hazelsqueak and TofuRobot

Mbeth said:
I think it says a LOT about you. How many people in mid-life refuse to evaluate their world view and make a change?
Click to expand...

Apparently only 3% here in the US(!). I wouldn't have expected such a low number sincd the vegan meetups here seem to be mostly older people (maybe it's just older people who join meetups?). I think I really wanted to be vegan since I became pescatarian at 25. I just didn't think I could... I though it would be 'too hard' and I truly believed that we *needed* fish and eggs for health. If it weren't for Drs. Greger, Barnard, Esselystein, et al I wouldn't know. ...I mean, I know that people get older and get set in the ways/beliefs, but I guess I also believed that as people get older they also seek more meaning/authenticity in their life... I guess that's not really the case 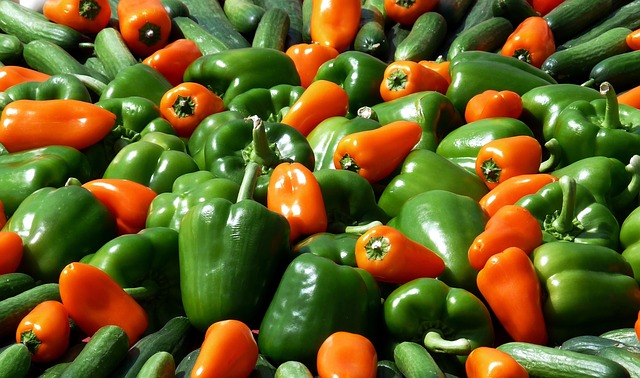 Jane and I were talking about the demographics of vegans the other day. When we go out to eat here in the Los Angeles area, we’re always a bit surprized at the number of males in the restaurants we frequent. It’s not that men can’t …

I see a lot more older people at protests and marches. Might just be that is because I am one of them. or it might be that us retired folks have more time. but surveys do show that many young people are apathetic. but that is supposed to be changing.

The % of vegans is a low number. but I think that is because in polls and surveys you have to be a "self-identified" vegan or vegetarian. And as we have discussed in other threads the vegan label is pretty restrictive. When you start including vegetarians, pescatarians, vegantarians, flexitarians, reductarians, climatarians, etc in the mix it climbs up - maybe into the teens.

Since only vegans ( the lactose intolerant and a few menopausal women ) exclude dairy from their diet. And I don't think the number of lactose intolerant is increasing, the dairy aisle is my favorite indicator. I started excluding dairy 20 years ago and there wasn't even a shelf of nondairy products. Today there is a whole section. Back then it was just a couple of types of soy milk. Today we have soy, almond, pea, coconut, oat, cashew, macadamia, etc. Although all these newcomers are giving the squeeze to soy.

But getting back on topic. Another thing I see in the news is that when livestock escapes the police or FD that captures the animals never bring them back to their former owners. They usually bring them to an animal sanctuary. I'm not exactly sure what that means or indicates but it is just another crazy thing.

I knew a "crazy" person. He supposedly was a MENSA member. Short, round guy in his 40s who had had quadruple bypass surgery. Every day he would eat at McD's, and he'd come into the studio (that photo studio I mentioned) and brag about some frozen cr@p food he'd discovered - I think they'd just come out with frozen bacon & egg breakfast or something. I think I said something to him once about how "smart" that was(n't) and he said "But I've had surgery so I'm 'fixed' and now I can eat whatever I want!" How do you explain a guy with a high IQ but this little common sense?

S
Why did you choose veganism?

Would love to meet vegan people in the UK

General Yesterday at 9:41 AM
Radanaorobainn
R

Eating our way to extinction

How to encourage people to understand veganism?