Health Issues The Everything Covid 19 Thread

Freesia said:
I wish i could do an online shop but i dont have access to an appropriate computer.. also I have to shop for two 70 year olds, a 90 year old, 2 pets, and myself... so it would be very difficult anyway doing it online as it is always a big shop...
Click to expand...

It is rather lot of stuff i have to buy and i would have a meltdown trying to do it even if i had an iphone, i have a very old ipad at the moment.
Reactions: KLS52 and StrangeOtter

Well the iPad might download the New World or Countdown app .
So you don’t stress out ,as it might appear overwhelming in the beginning just place a small order just for you to see how it goes

just got sent this chart.
Probably for earlier versions of Covid.
anyway. I only have one N95 mask. its not my favorite but I'm going to start wearing it when I go grocery shopping.

I am thrilled to say that I am still thrilled with the shopping experience - it was a very large order and I received everything I asked for and also received someone else's fresh blueberries.... I am sad for them. I unticked substitution on all but a couple of items to ensure that I didn't receive something "else" and the frozen items were still frozen, the veggies were very fresh and I waited only a couple of minutes after arrival to receive it.

I am booking another slot for next Friday when my booster appointment is and will pick it up on the way so I can go straight home afterwards.

Got my booster yesterday. Just a sore arm, but boy did I forget just how sore.

90 degree angles were never so hard...

beancounter said:
Got my booster yesterday. Just a sore arm, but boy did I forget just how sore.

90 degree angles were never so hard...

How about today…still just the sore arm I hope?
Reactions: Emma JC

KLS52 said:
How about today…still just the sore arm I hope?
Click to expand...

Today, it's a lot better. Just mild discomfort that's only noticeable if I touch it.
Reactions: PTree15, Emma JC, Raven and 1 other person

Did I say what has happened with my tastebuds since having Covid twice last month? I lost my sense of taste and when I got it back I can't get enough mustard or vinegar!
Reactions: SuicideBlonde, Freesia, Emma JC and 4 others

My sister finally made it home. She was supposed to go home yesterday but they decided that yesterday was day five since her positive test so they made her wait until today. Then she was supposed to be discharged at 1:30 PM but there was an issue with the ambulance so she didn’t get home until 4 PM. But at least she’s home.
Reactions: SuicideBlonde, Freesia, Emma JC and 3 others 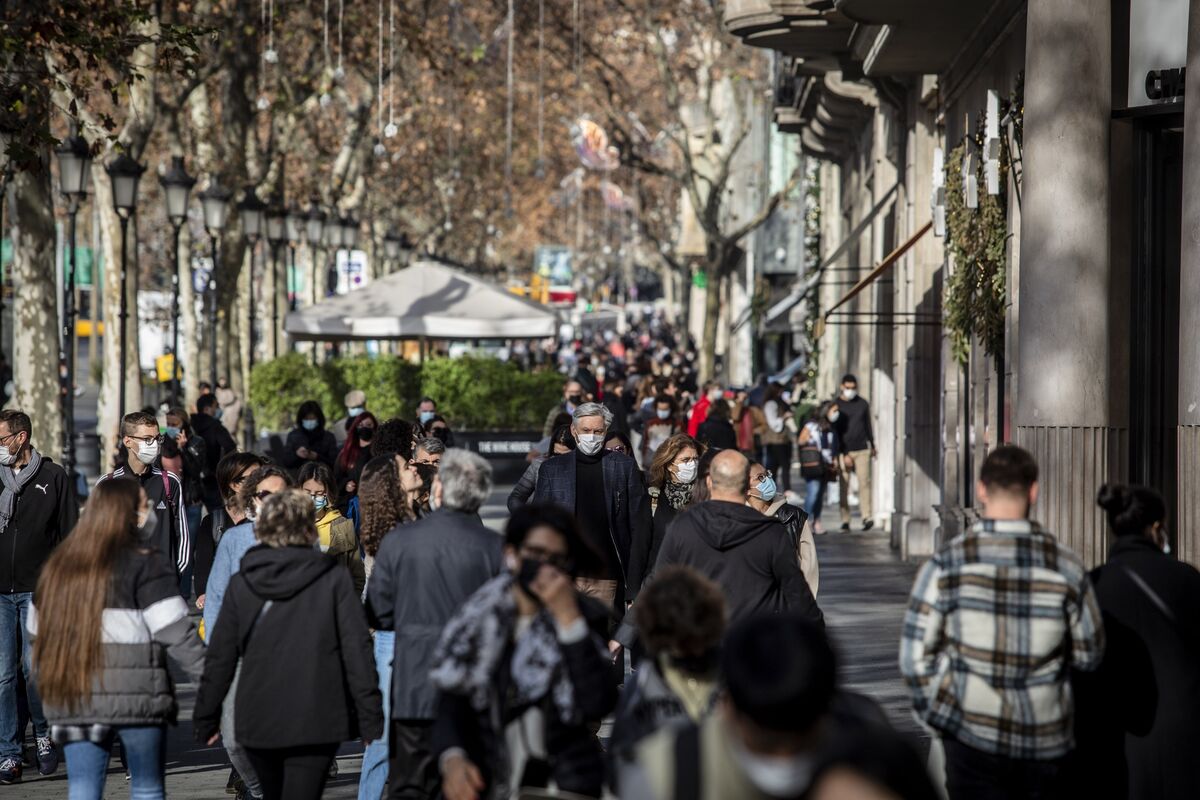 Europe Slowly Starts to Consider Treating Covid Like the Flu

Spain is calling for Covid-19 to be treated as an endemic disease, like the flu, becoming the first major European nation to explicitly suggest that people live with it.

Spain is calling for Covid-19 to be treated as an endemic disease, like the flu, becoming the first major European nation to explicitly suggest that people live with it.

The idea has gradually been gaining traction and could prompt a re-evaluation of government strategies on dealing with the virus.

KLS52 said:
Spain is calling for Covid-19 to be treated as an endemic disease, like the flu,
Click to expand...

It sort of kind of makes sense. However its not just a label, it effects how we deal with it. 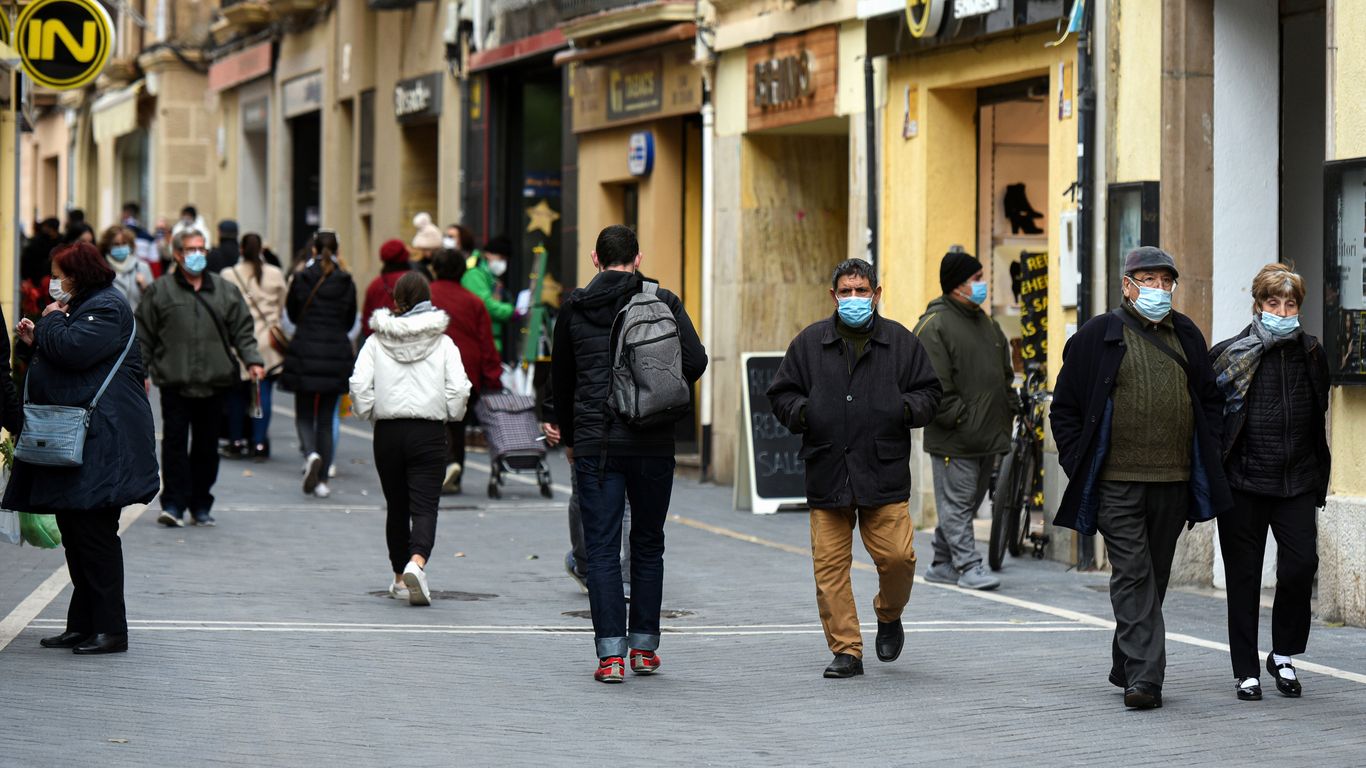 WHO warns against treating COVID as "endemic" like the flu

"We still have a huge amount of uncertainty and a virus that is evolving quite quickly."


Historically, most pandemics last between 2 and a half to 3 and a half years.​
​
Over time, pandemic viruses typically mutate and evolve into an endemic disease that circulates at lower, more manageable levels.​
​
This was the case with the influenza strain behind the 1918 flu pandemic and some virologists hope this may be happening with SARS-CoV-2, the virus that causes COVID-19​
​
The 1918 influenza strain never disappeared, rather it continued to mutate and a version of it continues to circulate to this day.​ 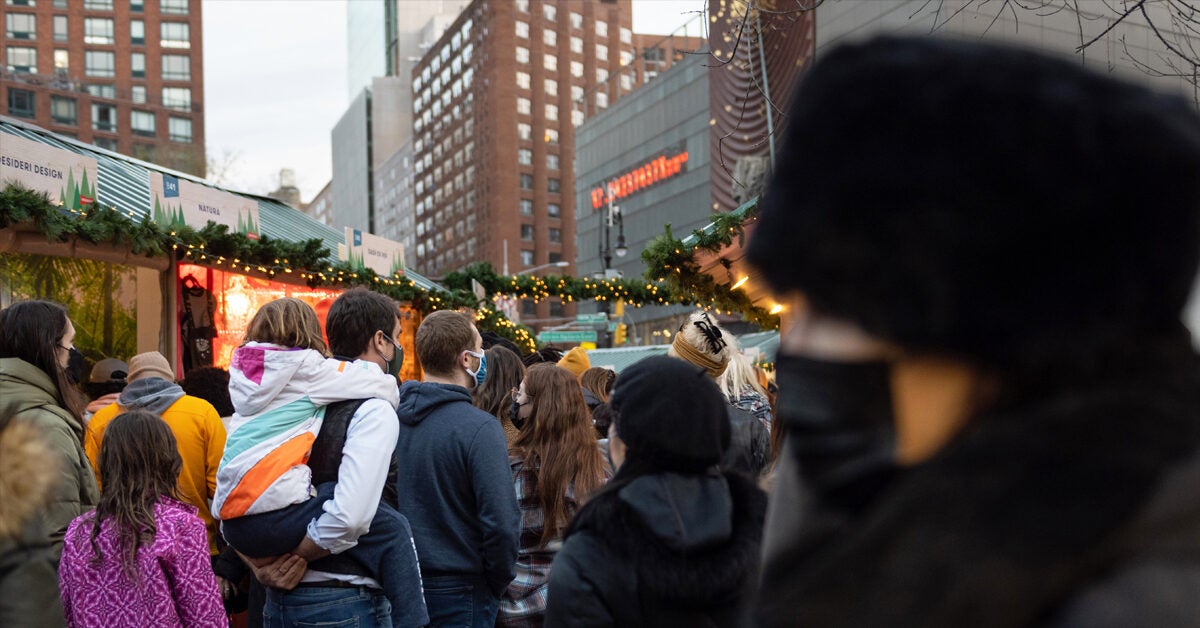 Most pandemics end in 2 to 3 years as the virus mutates and immunity builds. This happened in the 1918 flu pandemic, and it’s what experts hope will happen with the coronavirus.

this could be be inspiration for a SNL skit. 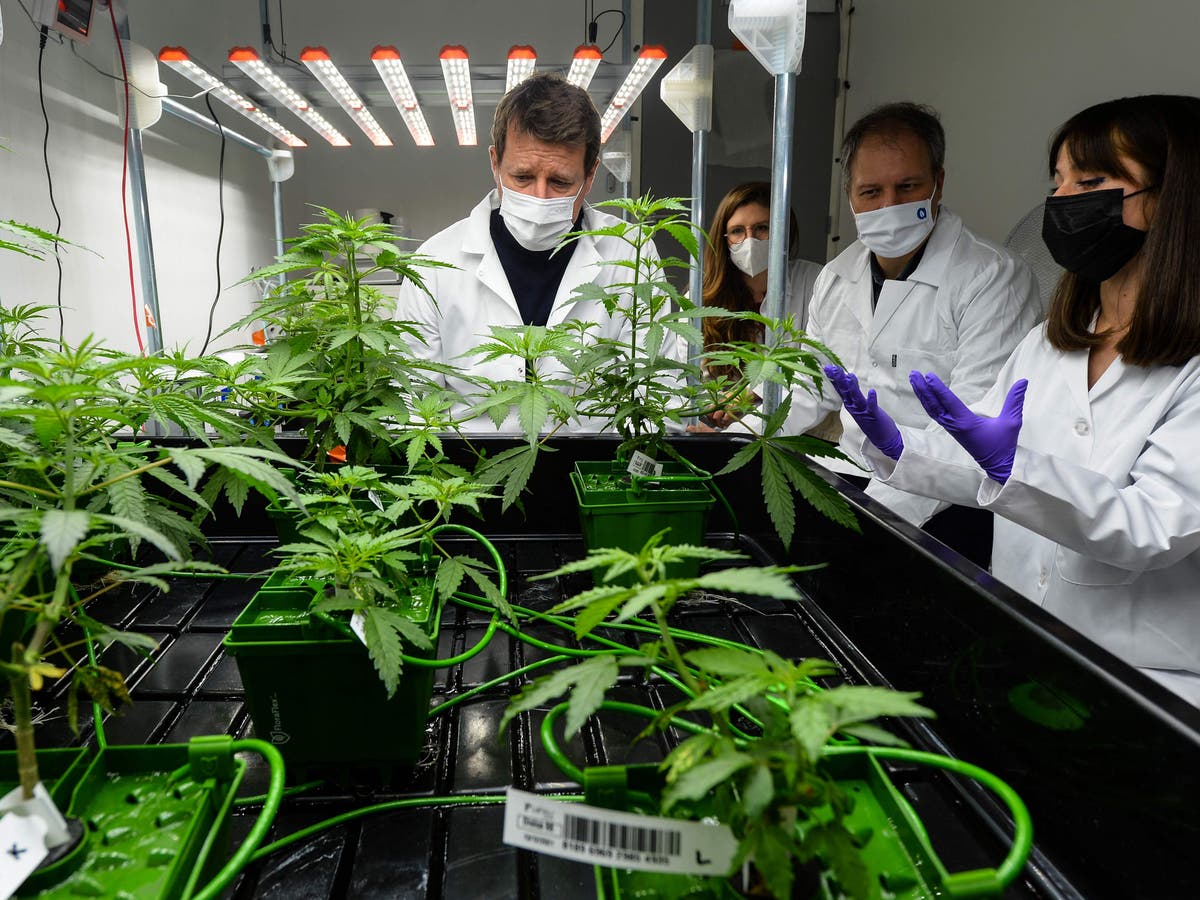 A non-psychoactive compound found in live cannabis plants could help sabotage the spike protein on coronaviruses, scientists have found 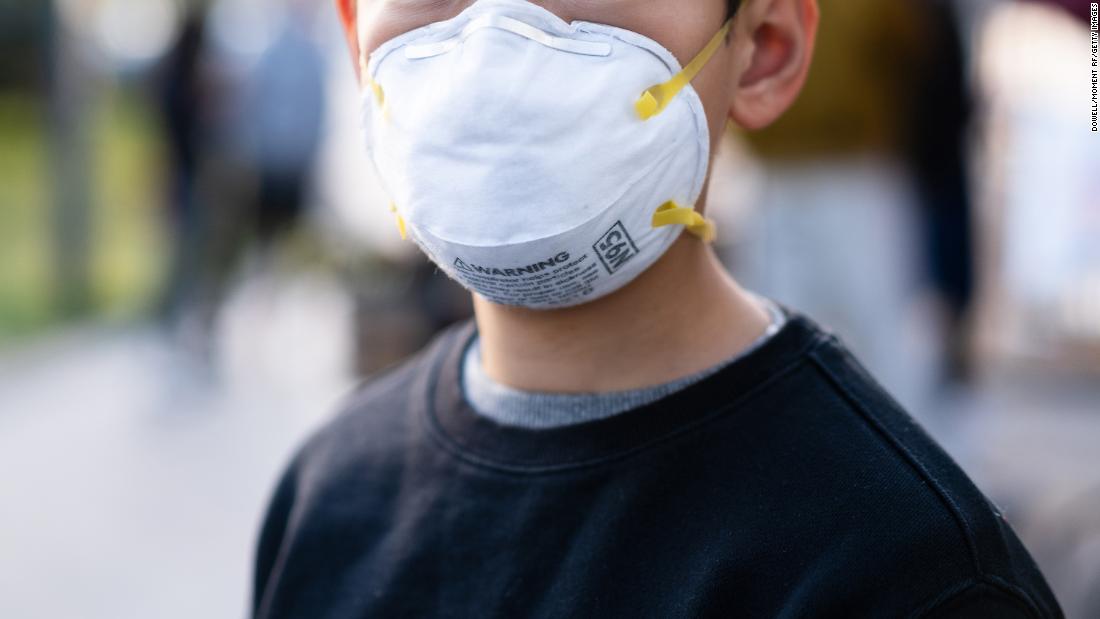 How long you can wear your N95, according to experts

With these single-use N95 masks being slightly more expensive than cloth or disposable masks, how realistic is replacing an N95 mask after each grocery run, subway ride or doctor's visit? Here's what you should know about safely reusing N95 masks. 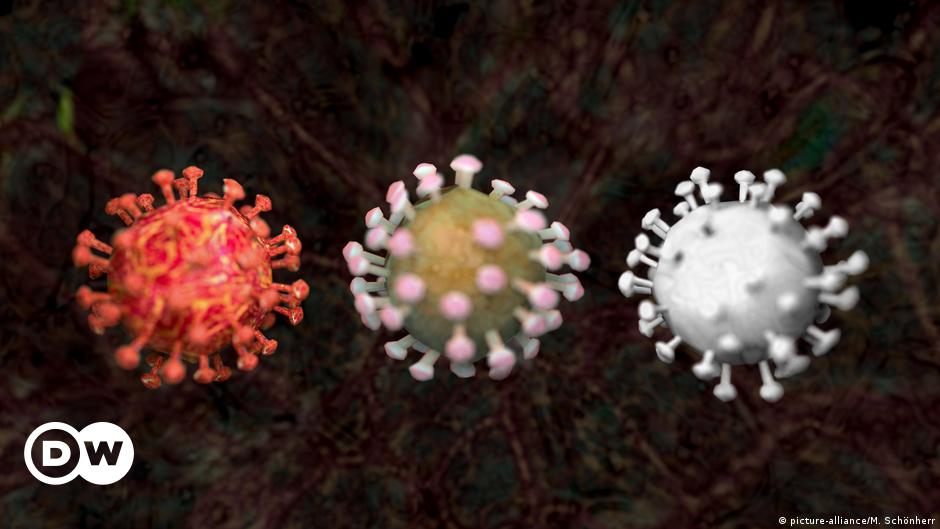 A lot of people hope that the coronavirus will disappear as quickly as it came. But many virologists assume the virus will become endemic, especially with omicron. This means we'll have to live with it.

For a change of pace I walked the perimeter of the county fairgrounds. For the last year or so the West entrance, parking lot, and one of the hangar like expo halls has been the home for drive thru vaccinations. For a little while they also had a walk thru but since the pharmacies have gotten the vaccines that has been discontinued. Probably because it's just easier for most people to walk to a pharmacy. They had some people coming in by bus but I think if you can organize a busload of people you can probably get a nurse to set up shop at your place for a day.
I was surprised to see a pretty long line of cars. With the county being almost 90% vaccinated I thought things would be slowing down. Maybe its the booster or the lower age requirement that is fueling the demand.

It was hard for me to tell how fast the line was going. the line moves in chunks. so the cars hold still for a while and then the line starts moving for a while. And I wasn't planning on hanging around and counting and timing. But I'm guessing it was almost a thousand a day.

On the South side an entrance and a parking lot was dedicated to testing. Just a walk thru but there were lots of cars parked in the lot. According to the news they are doing over 1000 tests a day. That line was moving pretty fast and I doubt anyone had to wait even an hour.
Reactions: Emma JC, PTree15 and KLS52

You can order free COVID home tests from the government. Go to www.covidtests.gov to place order. Delivery from USPS. Can also go to special.usps.com. Takes you to the same place
Reactions: KLS52 and silva

Lou said:
You can order free COVID home tests from the government. Go to www.covidtests.gov to place order. Delivery from USPS. Can also go to special.usps.com. Takes you to the same place
Click to expand...

Hey I just did, and came back to post
You beat me to it

I just placed an order. Is this the same as the government sending them out that I heard on the news? I thought that started tomorrow.