Ray Bradbury's more than 27 novels and 600 short stories helped give stylistic heft to fantasy and science fiction. In 'The Martian Chronicles' and other works, the L.A.-based Bradbury mixed small-town familiarity with otherworldly settings. 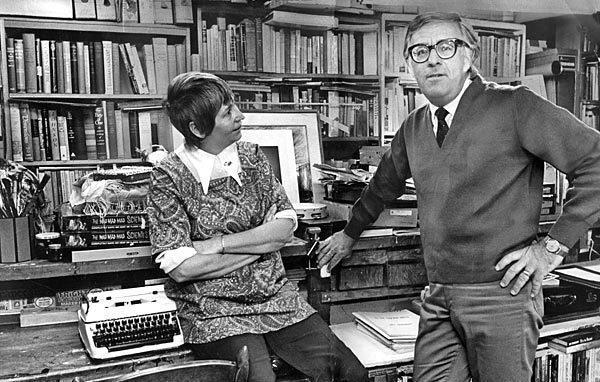 Ray Bradbury, the writer whose expansive flights of fantasy and vividly rendered space-scapes have provided the world with one of the most enduring speculative blueprints for the future, has died.He was 91.

Bradbury died Tuesday night in Los Angeles, his agent Michael Congdon confirmed. His family said in a statement that he had suffered from a long illness.

Author of more than 27 novels and story collections—most famously "The Martian Chronicles," "Fahrenheit 451," "Dandelion Wine" and "Something Wicked This Way Comes"—and more than 600 short stories, Bradbury has frequently been credited with elevating the often-maligned reputation of science fiction. Some say he singlehandedly helped to move the genre into the realm of literature.
Click to expand...

I first discovered his unique style of writing at the tender age of 13. I've been a fan ever since.

And I think we're due for a new movie version of Fahrenheit 451.

I ought to burn a book in his memory.

Location
Deep in the heart of nowhere

One of the greatest. He will be missed.

he rocked and will be missed....

Very sad. The Martian Chronicles was beyond amazing....
S

We've pulled out our 2 volume short story set and are re-reading all our old favourites. Have you read All Summer in a Day?

The night my dad died--he had been in a coma for 2 days--and my mum and I were singing and talking and reading to him--she pulled out her copy of bradbury's Goodbye Grandma and read it to him.

I didn't know he was still alive, it's sad that isn't anymore
M

I loved many of his short stories.
U

agreed. he was big for me. Medicine for Melacholy. Something Wicked...his sci fi short stories are the best. The Veldt..

Wow, that sucks. I loved his stories, especially "There Will Come Soft Rains".

Spirituality Dreaming and the strange story of Carlos Castanada