If our dogs and cats constituted their own country, they'd rank fifth in global meat consumption, behind only Russia, Brazil, China, and the United States. 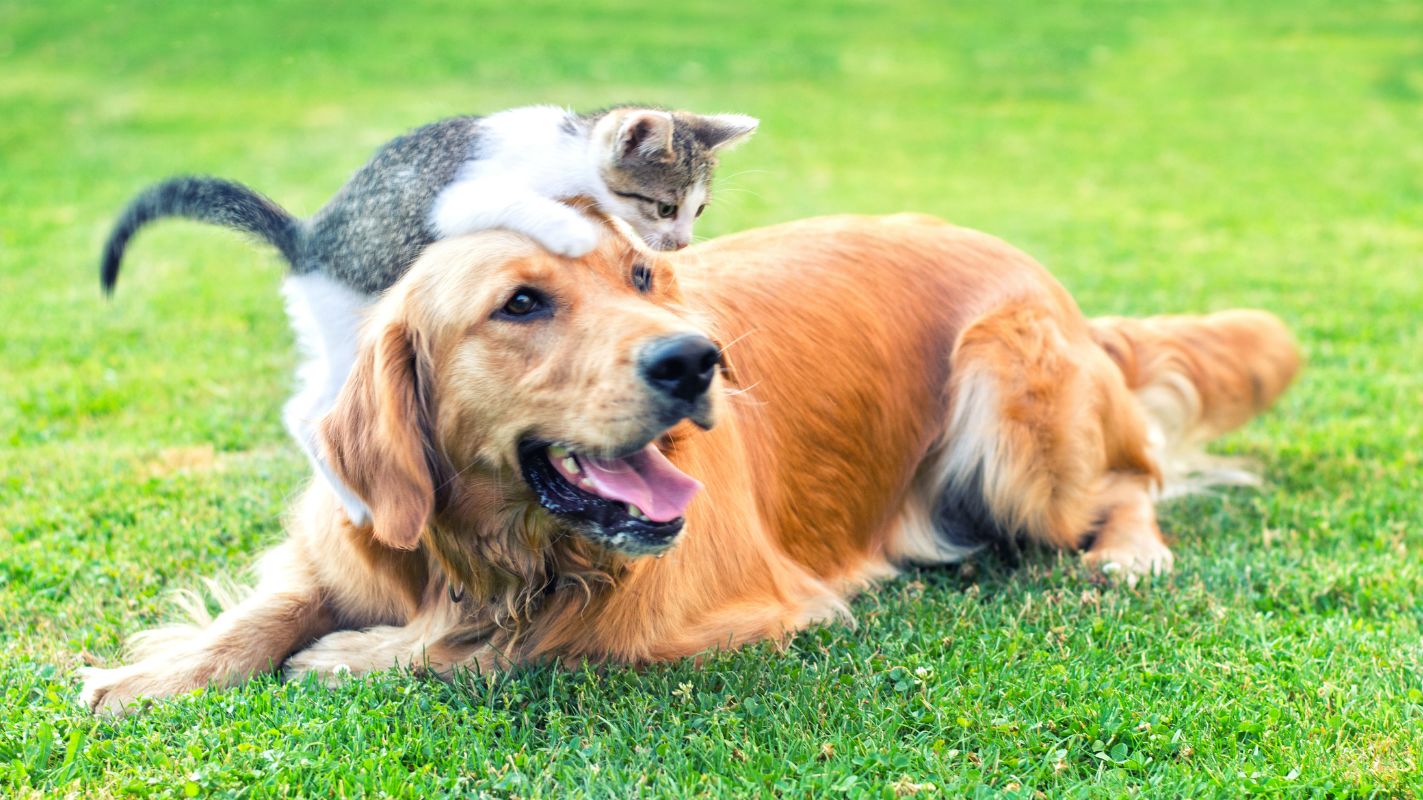 All That Meat in Pet Food Has a Big Environmental Impact

There’s no doubt that our furry friends are good for us. Studies have shown that living with a dog or cat can reduce stress, boost our immune systems, and increase our overall happiness. But what’s good for humans is not always good for the planet. A study published in the journal PLOS One finds that meat consumption by pet dogs and cats creates 64 million tons of carbon dioxide each year.

Meat production requires more energy and resources than plant-based foods. It also produces more waste.
Gregory Okin of UCLA’s Institute of the Environment and Sustainability is a geographer by trade. He studies the way weather events and climate patterns can affect ecosystems, and vice versa. One day he found himself puzzling over the ecological ramifications of the current craze for backyard chickens.
"I was thinking about how cool it is that chickens are vegetarian and make protein for us to eat, whereas many other pets eat a lot of protein from meat," he said in a study. "And that got me thinking—how much meat do our pets eat?"

Okin started by considering the number of dogs and cats in the country—approximately 163 million. He then analyzed the amount of meat in the most popular pet food brands, and compared this to the amount of meat American humans consume each year.

The results suggest that our pets represent a huge portion of the meat we produce, eat, and excrete every year. Okin’s calculations show that American dogs and cats consume 19 percent as many calories as the country’s 321 million humans—an intake comparable to the population of France.

But pound for pound, pet food also contains more meat than human food. When Okin adjusted for this fact, he found that dogs and cats gobble up 25 percent of our annual meat-based calorie intake. That results in the production of 64 million tons of carbon dioxide a year—about the same output as 13.6 million humans driving their cars for a year.

Not vegan of course...vegan unnatural pet animals...all pets are unnatural animals...do not consume animals but do damage the environment by the untreated FAECES they produce.

In the 1950s...the pet dogs of the USA produce more tons of pooh than the total usa human population produced of treated pooh.

This like farm animal excretions and faeces...is 85% of all raw faeces that end up in run offs killing fish marine life polluting air land and waters

a healthy dog should not need breath masking. assume you feed vegan ? not stated so probably not...never read yet of a stinky mouthed vegan fed dog. sure rotting flesh stinks so dogs eating animal pet foods get bad breath.

vegan fed dogs do not suffer breath problems unless sick...here is what mine get as treats...rice bones...read label...

Our attitudes to animals

Animals Wednesday at 4:07 AM
Vegan Dogs