Hullo, I'm rainbowDisneyTARDIS and I like rainbows and I have a pet dinosaur named Tarzan Fitzgerald Twain.
Reactions: Renee1

Hi there. I like your username. Would you be kind of enough to explain the significance of it?
Reactions: Queerasaurus Rex

Renee said:
Hi there. I like your username. Would you be kind of enough to explain the significance of it?
Click to expand...

Hi. I will tell you the story behind my username. One day, as I was wandering through the primeval world, I suddenly saw a rainbow. I had to take a rest on my journey through the jungle so I could marvel at this brilliant spectacle. I lost track of time staring at the spectrum of colours in the sky, and it soon reached the time of tea for the famous Tea Rex. I was in the tea meeting spot for the Tea Rex and his husband (shown in my avatar) and their adopted dino babies, I realized. I jumped to my feet to escape before they arrived, but the clinking of tea cups behind me confirmed my fears that I was too late. I looked up at the huge Tea Rex, awaiting my death. I could see the ginormous cup of tea, which the Tea Rex elegantly held, with his pinkie sticking out, and awaited the cruel death of the Tea Rex--being drowned in tea. Just as the Tea Rex roared, "Would you care for some tea?!", a loud whirring noise stirred the air. A blue police box called the TARDIS began to materialate, and I ran as fast as I could toward the door of this box. A man opened it just as I reached it, and I scrambled into the TARDIS as the door shut behind me and the Doctor rushed to the controls and soon we were gone. Soon we had landed inside Disneyland, though luckily nowhere near the dinosaurs that inhabited it, and I bid the Doctor farewell as I proclaimed, "Never again shall I pause to gaze at rainbows when there may be a Tea Rex lurking nearby!", which is a very important lesson that I hope you have learned from my tale.
Reactions: Calliegirl, Renee1 and Muggle

But but but...I would care for some tea.

I think you should write children's books. : ) could make some money...

Rainbow cupcakes all round.

Hi rainbowDisneyTARDIS! It's nice to meet you!

RabbitLuvr said:
Hi rainbowDisneyTARDIS! It's nice to meet you!
Click to expand...

I'm too lazy to type your username, lol.
OP
OP

Hello to all of you! It's nice to meet you, too! 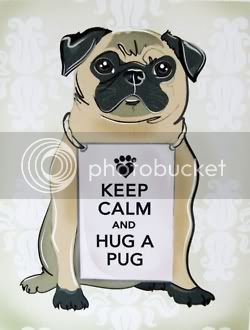