i tried nongshim soon veggie cup noodles yesterday. i probably won't be cooking at all until i move to new living arrangements, so i need something to eat aside from oatmeal and canned beans. i figured that these cup noodles would be a good option. after doing a bit of research i am not too sure.
it looks like the dried noodles inside of the cup have some dried veggies and mushrooms mixed in with it, then there is a small packet of powdered soup stock.

first, the nutritional information states that the container contains 7 grams of saturated fat, which is insane. however it also states that it has 1300 mg of sodium, which is obviously coming from the powered soup stock. i only used about 1/7 of the amount of soup stock to try it out, but i won't be having any of it again.
anyway, the problem is that i don't know if the insane amount of fat is also coming from the soup stock or if the noodles themselves are very fattening. does anyone know?

also the container doesn't say "BPA free". the same brand has a different type of cup noodles (not just a different flavor, but a completely different packaging) that states bpa free, so i find it weird that they didn't put it on their other products unless the other products actually do contain bpa. is this something that i should be worried about? perhaps i should simply take the noodles out and use one of my own cups instead?

also they say that a lot of cup noodles have TBHQ in it, which is a preservative that is high in sodium. the ingredients list doesn't state that it has TBHQ in it, and the vast majority of salt comes from the soup stock. also on the cup it says "no 'artificial' preservatives", so perhaps this is something that i don't have to worry about? 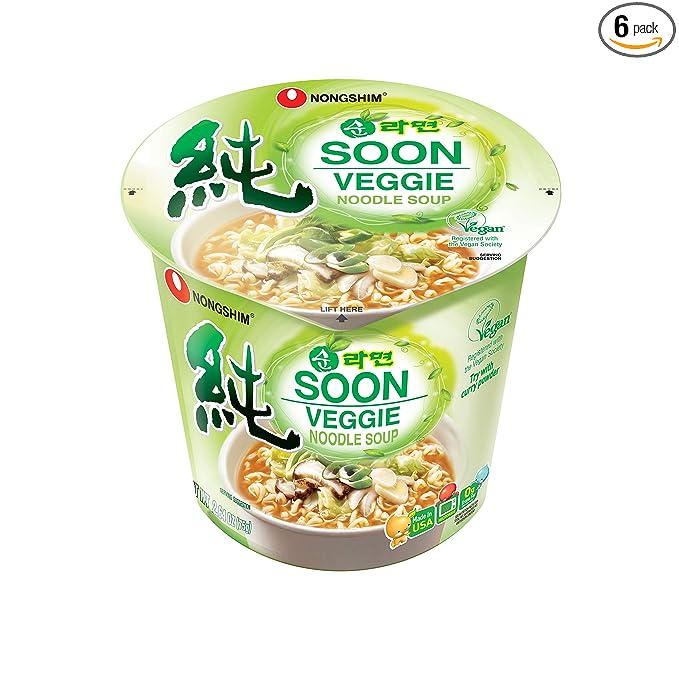 I cringe at the though of how many of those I ate when I could barely afford to eat back in my (first) college days (and beyond). It would take near starvation for me eat one if those again.

Personally, I would eat a plain baked potato before I'd eat that. There are too many reasons to avoid them, many of which you've already stated. It's about as cheap, and far healthier. I mean, I dunt even classify dried noodles in a cup as food.
Last edited: Dec 24, 2019
Reactions: Lou

A much better option - healthier and maybe even cheaper is to make your own cup of noodles.

I don' have a recipe cause I just use whatever veggies are in the frig. But on the rare occasion, you don't have any fresh veggies you can just cook up some frozen peas and add it.

The most expensive ingredient is the sauce. There is a lot to choose from. My favorite is hoisin sauce but even soy sauce will do.
Reactions: Qwaychou and TofuRobot

^^ What @Lou said, too. And if you are at the asian market buying the super cheap noodles (I personally like rice noodles or bean threads), you can usually get veggies *super* cheap - I can get a huge bag of baby bok choy for much cheaper than at the regular grocery store. FYI - ignore the cooking times on the package, you literally only have to toss the noodles into boiling water and their done in like 1 minute. SO much better than "cup o'" anything.
Reactions: Lou and Qwaychou