I hate to be the one to start this - it's so upsetting to look at - but I had to post this somewhere and there wasn't one yet.

Today one of my fish died. Maybe it was tomorrow, I'm not sure. A few days ago he suddenly got really sick and began laying around on his side, sort of bent looking, barely moving and doing so only occasionally. Gradually he began to have less and less bouts of swimming around until he finally just became completely dormant and died at some point. I feel less bad about his death than I do about the fact that there are only two fish in there now and I'm worried they'll be lonely, but I don't want to buy any more. I'll adopt one if the chance comes up.
M

When I decided to not buy any more fish, I too felt guilty as the numbers dwindled down to two, then one. On the larger scale, though, it was the ethical thing to do.

When I decided to not buy any more fish, I too felt guilty as the numbers dwindled down to two, then one. On the larger scale, though, it was the ethical thing to do.
Click to expand...


Yep, this is my train of thought also. Plus once all the fish die off naturally, it will create a new, bigger tank for the frogs (if they are indeed still alive at that time) and therefore open the frogs' old tank up to be a newer, larger tank for the gecko (again if he is alive).

Sorry to hear about your fish.

So sorry to hear the news. We know they all have to go at some point, but it's awful nonetheless, because we care so much. 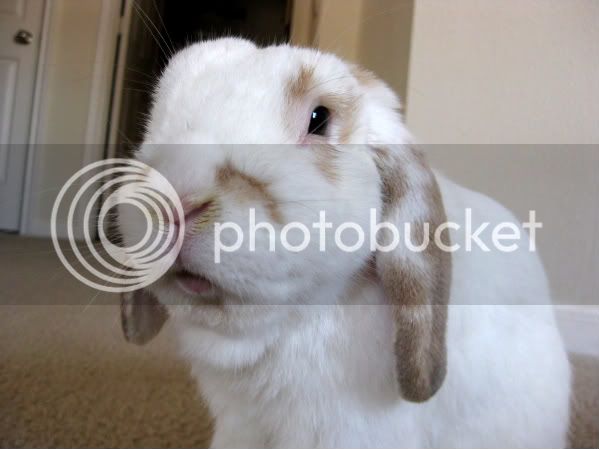 Oh my God, Heather, I have no words right now. What happened?
M

I am so very sorry, Heather. What a cutie pie.
M

sallyomally said:
Oh my God, Heather, I have no words right now. What happened?
Click to expand...


He had cancer. He had been going downhill for a few months, but yesterday morning when I woke up, I realized he wasn't doing well at all. He hadn't finished his kale from the night before, so I knew something was wrong. I called a new vet, took him in, and he didn't even need to tell me, I already knew. He had a seizure in my arms, so they rushed him off to put him down (upon my request, I didn't want him to suffer). I'm glad I got my shift covered yesterday because he would have died alone in his cage. He had lost so much weight and wasn't a perky and puffy bunny anymore. It was his time.

I took down his cage yesterday, I couldn't handle seeing it anymore. I would see it and look for him, out of habit. He was the best bunny.