Physics CERN finds a boson, it looks like Higgs!

I'm watching the webcast but it's too early and pre-coffee for this sort of stuff.
OP
OP

I'm clearly not a physicist, but what I'm getting out of this from reading here and there is that they've definitely found a new subatomic particle, and it's a boson (in the same category as photons). Bosons don't occupy any space (!) so two or more bosons can be in the same location (!!!).

The behaviour/characteristics of the newly found particle is so far consistent with predictions for the much discussed Higgs boson.

The Higgs boson is predicted by the Standard Model of particle physics, so the validity of a lot of other work in the field hinges on this finding. If they had not been able to find it, it would have been a big blow to the Standard Model, and a lot of work would have had to be thrown out the window. So I think a lot of physicist were quite relieved today

Yes, it's all very exciting.

I can highly recommend Ian Sample's book Massive - The Hunt For The God Particle and following @iansample on twitter to anyone interested in this stuff.

I can't wait for the Big Bang Theory episode that will cover this.

Mainly because I need Sheldon to explain it to me.....

This excellent article by Professor Matt Strassler is well worth reading.

Why the Higgs Particle Matters

beanstew said:
This excellent article by Professor Matt Strassler is well worth reading. 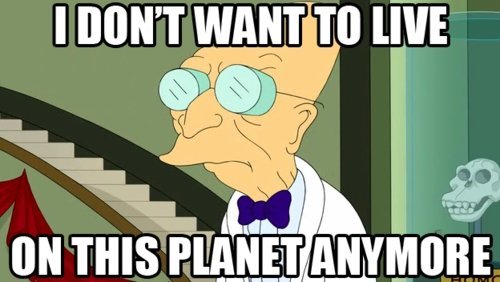 ^^I am no good at physics, but I understand it way better than those people. Wowza.

I'm thinking at least some of those must be trolls. I live in the Deep South around people who really do think and say stupid s**t like that, but on the internet there are a lot of Poes who are just yanking our chains. I hope.

I dreamed that God would be forgiving.

This is all very cool to me despite the fact that I don't always understand it all.

Nice 6 minute video summary from CERN about the findings.

Why can't all scientists have the charisma and speaking ability of Neil Degrasse Tyson or Carl Sagan? I could watch those guys explain any concept and get something out of it, but guys like this just put me to sleep.

I hate people calling it the God particle because then you get idiots like the ones Josh posted. It's not "proof of God". It's proof of physics.

In fact, finding it could lend much credibility to the current theory (i.e. the understanding of the universe as we know it) that claims that something (certain subatomic particles) can be generated out of nothing. As in, if we have a more complete understanding of these matters, it might just point to the realization that God doesn't exist.

it's got nothing to do with God, one way or the other.
OP
OP


It's needed to explain basically everything about quantum physics.

If I recall correctly, it's called the God particle because some physicist called it that when he overestimated its importance.

Do you find it hard to get on with family who refuse to listen?