It's worth pointing out that no Impossible Burger or Beyond Meat Burger is the same. Restaurants use the patties from either brand to create an faux-meat burger option that fits with their menu, so the patties are the common denominator, but the flavor of the entire burger is unique to each restaurant. 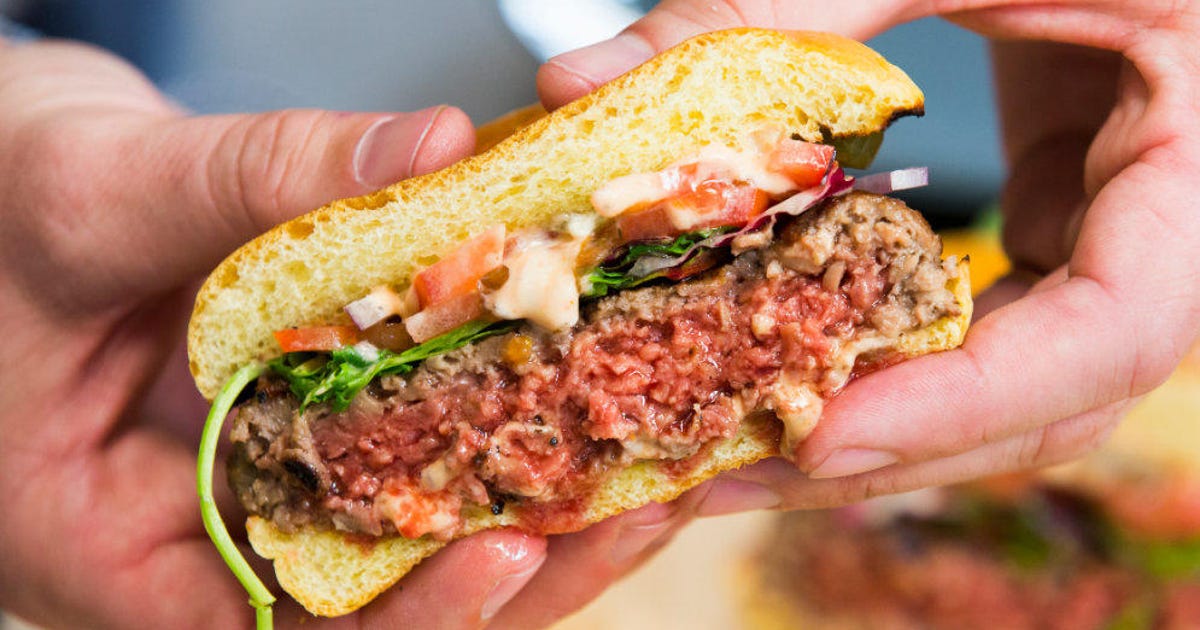 A guide to the two hottest faux meat products.

Wish i had bought stock with any money in BEHOND MEAT hey they are doing well unlike many other shares and stocks due to pandemic economic meltdowns....

Now...there are those who support or are agains the "IMPOSSIBLE BURGER" as it was tested on some animals in development stages and is not cooked of course in vegan plant oils but in the same oils as cooked animal burgers sold.

Is the "Impossible Burger" made by "Behond MEAT" ? i am not sure.

Anyway...the other day in the UK...driving in some not God forsaken place in inner WALES a place called PENMACHNO near Bettwys Coed...who the English subdued and beat into submission centuries ago like the Native Americans were of course by the British French and any other European wanting to "grab land " and be "immigrants" against the wishes of the natives...

I found some BEHOND MEAT BURGERS so cooked them...3 MINUTES only cooking time needed...impressive that i thought...and my only friends in the world maybe and I ate them and found them delicious actually. Well tasty enough to eat is my verdict...i personally was simply "not put off" and being hungry found them paletable is the truth. There was a VAGUE texture to remind one of animal flesh meat maybe....a vague taste also ? well it was bland ...that is what i recall as the taste of flesh meat eaten in the past...bland...needing spices to make tasty. Needing a load of veggies to make tasty.

Anyway...we added strong tasting ONIONS and TOMATOS to these "Behond Meat" burgers we ate ...so actually the taste was drowned by those strong taste addition lol !

Now i will add...on my PET subject...that whilst i would not waste my money allowing my vegan fed pet cat or dogs have any of this...they were attracted to eat it.

It is necessary to provide what "tastes" people have developped addictive habits of to attract those not interested in eating vegan for primarily "animal lives" reasons.

The addiction of habits of taste...have an enormous influence on us humans.

Cats and dogs actually prefer LESS variety in their food than humans do...smell being more important to them than taste also.

My vegan fed cat...vomited on the one and only animal content cat food she ate some of. The change made her vomit, sick.

She is more than delighted at the smell of a pea warm soup when i do those...and her ami and benevo kibbles are pea based proteins i noticed...very high healthy proteins for cats.

I give my verdict on the eating of this "Behond Meat" burger i found at a supermarket in Wales Europe recently....as good. Tasty and filling.
Last edited: Aug 11, 2020

Would I still be considered vegan if I ate cultured meat?