With warmer weather I find myself eating more hot dogs and hamburgers. I like the Field Roast Apple Sage Sausages. and Boca Vegan Patties. They both can be stored in the freezer. And better cooked on the stove top but both can be microwaved very quickly. As for sides, I usually use some canned baked beans and maybe some frozen or canned peas.

But I thought I should try making my own baked beans. How hard could it be? They would probably be healthier and cheaper. And I already got the InstantPot. So let's give it a try.

I found this recipe on the Internet. And it was from a website I've never used before so as long as I'm exploring I thought why not.

I had the beans yesterday for lunch. I cooked the sausage and added sauerkraut and mustard to a tortilla. Plus a little bowl of peas.

Not totally in love with the recipe. I think next time I'll try a different one. But that is going to be a while from now. I have weeks if not months of baked beans in little Tupperware containers stacked in the freezer.

The biggest issue I had with this recipe was the time it took. From start to finish it was like 6 hours. There was a significant amount of prep. Plus the soaking. The recipe used a "quick soak procedure". I think I would prefer just to let them soak all day. The IP was set for 45 minutes. Plus the 15 minutes for a natural release. But even then it was too watery and I let it saute on low for almost an hour till it got to the right consistency.

There was also a lot of stuff to wash when it was all done. And while it was in the IP I made dinner too. so there was a pretty big clean up in the kitchen.

The other thing I didn't like (but that no longer matters) is all the ingredients I didn't have at hand. For me, that included molasses, brown sugar, and smoked paprika. I could have used the Liquid Smoke I use when making split pea soup but some forum member had given me a strong recommendation to use smoked paprika.

The final result was very good. I was afraid at some point that I wasn't going to like it because of the flavor of the molasses. but the final product doesn't have that much flavor of molasses.

Here is the recipe. 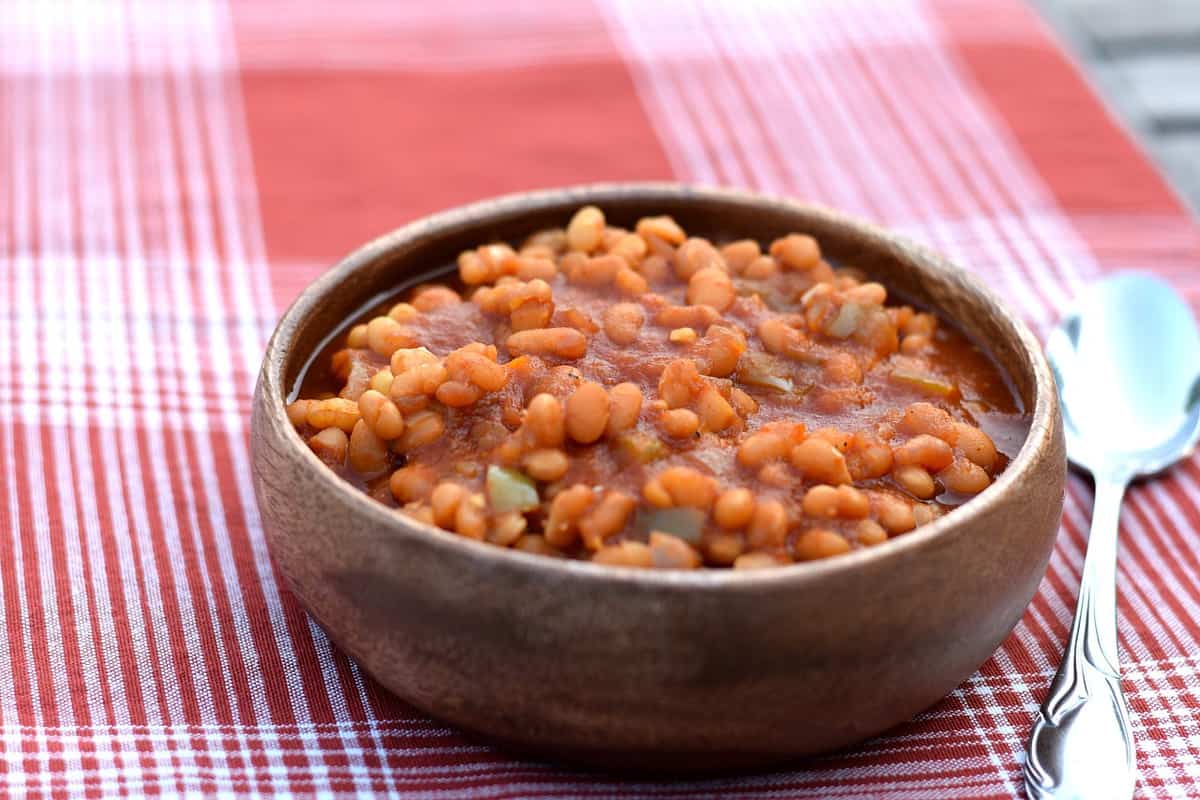 These Vegan Baked Beans will surely be a ht at your next BBQ. That same 'old fashioned, simmered all day long" baked bean taste - without the stove..

Great recipe, thank you. We eat a lot of refried beans and breakfast beans and some of the time they come in a can and sometimes I make them like you did above. We love the beans in a tortilla wrap with salsa and olives and cheeze shreds, some greens on top etc.

Home made beans are a very satisfying cooking experience, and the Instant Pot makes it so much easier.

I agree that natural soaking is better and the cool part of the Instant Pot is that I can 'remember' to start soaking the beans around 10 am and they are still ready for their hour of cooking for dinner time.